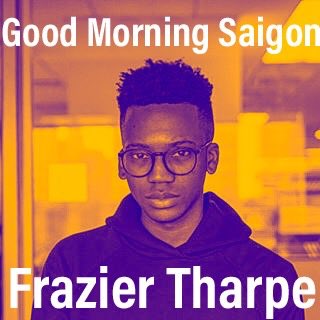 Every week on Oh Yeah, Oh Yeah: The Entourage Podcast  we award somebody with the Faces in the Crowd Award. This goes to somebody who makes waves in that week’s episode of Entourage but you can’t quite put a finger on why you can’t remember them.

This week that award went to Saigon, the NYC rapper whose demo the boys discover in the CD player of their stolen Maserati.

At the time, Saigon had signed a deal with Atlantic records, was being produced by Just Blaze and had collaborated with both Jay-Z and Kanye West. However, his career never really got off the ground as Atlantic Records never released his album. Later, he would get into several beefs with rappers like Prodigy and Joe Budden and his greatest claim to fame post-Entourage was in Season 4 of Love & Hip Hop.

But why, with the backing of a big label, collaborations with the biggest names in the game and with his music being featured in arguably one of the most popular shows among young people in the early 2000s did his career falter? We discuss this and more this week with Complex Senior Editor Frazier Tharpe.

Frazier schooled me on the history of hip hop beefs, talked about his experience interviewing Doug Ellin and Scott Vener and how we both consider Season 2 of Entourage to be its best. And we talked a lot about Barbara Miller, who’s the Marvin Award for Best New Character this week.

Check out more of Frazier’s Entourage related content below, and if you’re as big of a music fan as we are, subscribe to the Oh Yeah, Oh Yeah Music Playlist on Spotify. We update it every week with our favorite songs from each episode.

The 25 Best Episodes of ‘Entourage’

The Sound of Success: Meet Scott Vener, the Man Behind the Music of ‘Entourage’