Salma Hayek Recalls Bombing Her ‘Embarrassing’ Audition For ‘The Matrix’ 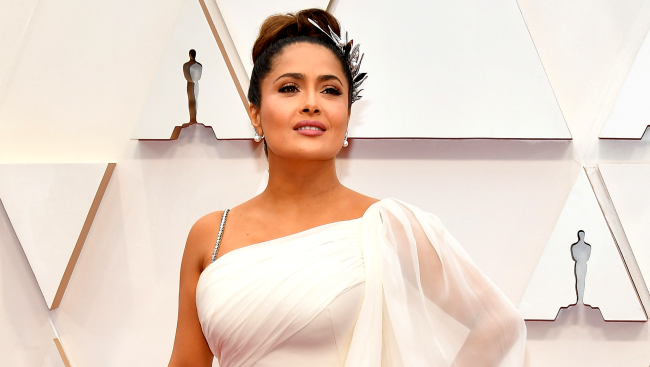 As everyone who has seen The Matrix knows, one of the coolest characters in the film was that of Trinity, played by Carrie-Anne Moss.

What many fans of The Matrix don’t know is that Salma Hayek actually auditioned for the iconic role.

Someone else who tried out for the part of Trinity in The Matrix was Jada Pinkett-Smith.

Pinkett-Smith alomost landed the role, and Hayek was one of the finalists vying for the part, but during a recent episode of Red Table Talk Hayek admitted she really had not shot at landing it. (Jada’s husband Will Smith was offered the role of Neo but passed.)

“We were one of the four finalists for The Matrix,” recalled Hayek. “We’d jumped through many hurdles, screen testing, and many auditions. They brought these stunt coordinators from Asia. It was the physical test. I’m flexible and agile, but I’m lazy.”

That’s when she knew playing Trinity wasn’t in the cards for her.

“I never really went to the gym, they said, ‘You have to run!’ I go, ‘To where?'” said Hayek. “I couldn’t even go around the room once. Here comes Jada, a mean, lean, sexy machine! Oh my God! She was so good! It was so embarrassing!

Hayek also admitted that the Wachoskis never called her again after her athletic failure. Pinkett Smith ended up later getting a role in The Matrix Reloaded.

That being said, Hayek told Pinkett-Smith, “Every time I’m going to do action, I say, no, I better start getting some stamina and practice the routines, you’ve got to be like Jada!”

As it turned out, Moss killed it in the role of Trinity.

“I always tell Carrie-Anne that she was perfect for that one,” said Pinkett-Smith.