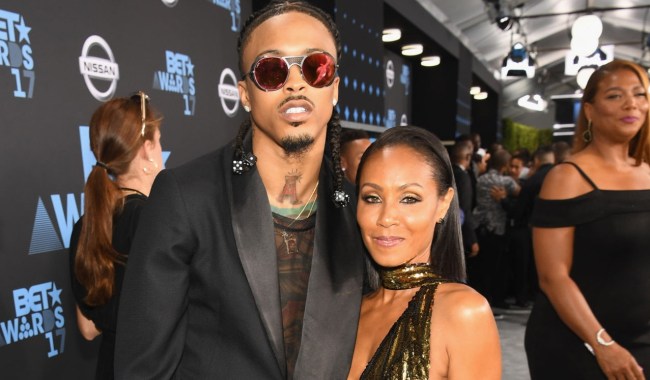 August Alsina has responded to Jada Pinkett-Smith’s viral interview with a song.

Last week, on her show Red Table Talk Jada defined her relationship with Alsina as an “entanglement”

Jada Pinkett brings herself to the Red Table Talk and confirms that she was in an “entanglement” with August Alsina #redtabletalk pic.twitter.com/4lBclOoTFr

“The definition of Entanglement is when you tangle in the sheets,

Here are some of the most interesting lyrics of the song.

"You left your man to fuck with me just to play him back. Don't you know that's cold hearted? Once you go no coming back." – @AugustAlsina #Entanglements

"Shawty leaning on my shoulders got me questioning my WILL power, JADED by her beauty but her reputation real solid.." -August Alsina

Nah man, Will might have to bring out the snipers.

On “Entanglements,” when Rick Ross said “Quesitoning my Will power, Jaded by her beauty…” LORDT!!! I — pic.twitter.com/nAcMs7guUG

Rick Ross when he dropped this line on that "Entanglements" song

"Shawty leaning on my shoulder, got her questioning my WILLpower, JADED by her beauty, but her reputation real solid” pic.twitter.com/GKkB6uCK2Z