‘The Matrix’ Cinematographer Reveals What Went Wrong With The Sequels, Calls Production A ‘Soul-Numbing’ Experience 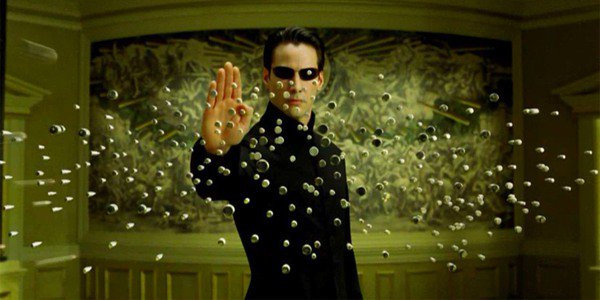 For the first time since the sequels were released in 2003, The Matrix franchise is working its way back into the public’s pop-culture consciousness, as the fourth film in the franchise was in the process of filming (some legitimately insane stunts) prior to the coronavirus shutdown.

Originally scheduled to drop next summer, the still-untitled fourth Matrix film will now drop in April 2022 instead. Perhaps more than most people (for example, co-worker Chris just wrote an article a few weeks back about how much he didn’t enjoy The Matrix after finally watching it for the first time), I admire the franchise: the original was truly revolutionary while the sequel was, if nothing else, an above-average action flick. Now, the third one on the other hand… that was an outright disaster.

But how did that happen? How did a franchise that was consistently reinventing and raising the genre suddenly collapse and revert back to the same old tropes of lesser action franchises. According to cinematographer Bill Pope, it was due to the pressure that the cast and crew were under during the ‘mind-numbing and soul-numbing’ shoot.

RELATED: It’s Remarkable How Well ‘The Matrix’ Holds Up

Speaking on the most recent edition of the Team Deakins podcast, Pope recalled feeling under “pressure” during the making of The Matrix Reloaded and The Matrix Revolutions, both of which were released in 2003.

“Everything that was good about the first experience [on the first film] was not good about the last two. We weren’t free anymore,” he said. “People were looking at you. There was a lot of pressure. In my heart, I didn’t like them. I felt we should be going in another direction. There was a lot of friction and a lot of personal problems, and it showed up on screen to be honest with you.”

“There is something about making a shoot that long, 276 shoot days, that is mind-numbing and soul-numbing and I think it numbs the movie… There’s a limit to what we can take in.”

It’s difficult to disagree with Pope’s assessment: the original essentially came out of nowhere to be a critical-and-audience underdog darling, while the sequels came with the expectations of living up to the extraordinary first film.