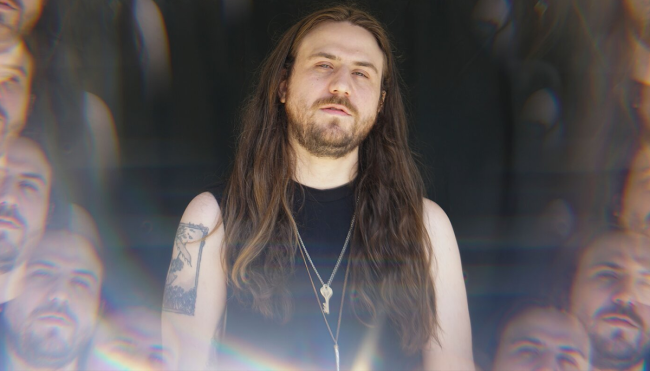 Human beings are different. I tend to walk into a room and scream, “Hey, look at me! I’m here!”

Some people, however, circle the room, or simply sit quietly by themselves. They ply their craft with quiet confidence and humility, presuming that if they do the work, the following will ideally come.

Enter Sam Morrow. I’ve previously written about him on Brobible. He’s a remarkably talented music artist who first fashioned his voice in church choirs growing up in Houston. But like many musicians, Morrow bounced around the music scenes in Houston, then Austin and New York.

He lived and ultimately had to pull himself out of the clichéd sex, drugs, and rock and roll lifestyle – and drugs became a deepening pit for him for a while. And for the past decade or so he has called Los Angeles home where you can frequently find him playing out at spots like the Grand Old Echo, The Troubadour, or The Bootleg along with other LA-based southern-tinged musicians like Sam Outlaw, Elijah Ocean, and Jaime Wyatt.

Since releasing his first record in 2014—the critically praised Ephemeral—Morrow has released three other full-length albums including There Is No Map (2015), Concrete and Mud (2018), and Gettin’ by on Gettin’ Down (2020). With each outing, he has evolved, created more depth of sound, and quite simply – gotten better.

We sit down with him for Episode 3 of Season 2 of The Load Out podcast for a great conversation and even a short performance of one of his terrific songs.

So have a listen and get to know Sam Morrow’s quiet humility and immense talent.