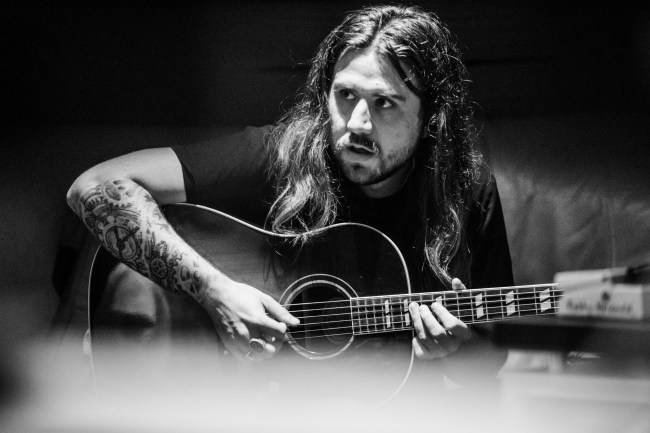 History tells us that if your first name is “Sam,” you are most likely a ranch hand, an actor who often plays ranch hands, a musician who sings about ranches, or able to able to kick the living crap out of an angry steer using only your hands, a bandana and plastic spoon.

Indeed, it’s a first name that comes with lofty expectations, which brings us to singer-songwriter Sam Morrow.

Morrow has never shepherded cattle, played someone who does, nor kicked the crap out of an edible cow with a McGiver-like toolset. However, he does write – and with a remarkably rich tenor-bass – records and performs a unique blend of music that’s sometimes funky and soulful, sometimes country, yet always steeped in his unique brand of southern-inspired rock and roll.

“I don’t consider myself very country,” Morrow said when asked where he fits into today’s music spectrum. “I emote things with a little twang to it. But whatever people want to label it, they can label it.”

After fashioning his voice in church choirs growing up, Morrow bounced around the music scenes in his hometown Houston, then Austin and New York. He lived and pulled himself out of the clichéd sex, drugs and rock and roll lifestyle; and for the past eight years has called Los Angeles home where you can frequently find him playing out at spots like the Grand Old Echo, The Troubadour or The Bootleg along with other LA-based southern-tinged musicians like Sam Outlaw, Elijah Ocean and Jaime Wyatt.

In 2014, Morrow released his first record, Ephemeral, and has since released two other full-length albums. But in absorbing Morrow’s catalogue, you quickly realize he’s somewhat of a shapeshifter.

“When we make records, we kind of set out to make each song different in more of an extreme way than maybe most people do,” he said. “On some of the songs for (2015’s) Concrete and Mud, we were doing covers live, and I asked, ‘why don’t we write a song based on that cover?’ We were doing ‘Tulsa Time’ and I wanted to write a song with a similar groove and that’s how I came up with (the song) ‘Paid By the Mile.’ I kind of do that a lot. I find influences that I like and go with it.” 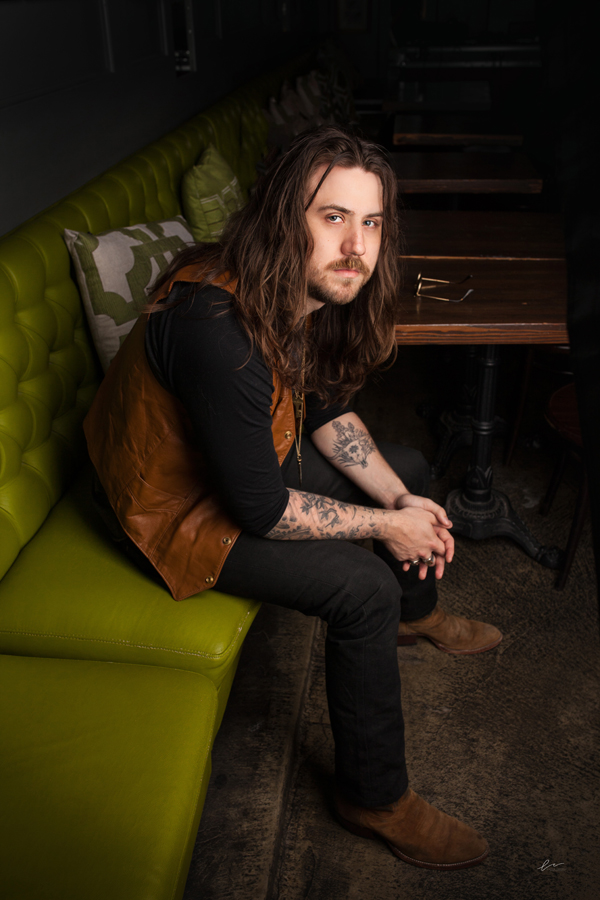 Morrow cites classic southern rock legends Little Feet, Lynyrd Skynyrd and ZZ Top, along with country music Hall-of-Famer Waylon Jennings among his primary influences. And whether it’s the piano-funk of “Train Robber” that invokes the spirit of Bob Seger, the country-rooted “Paid By The Mile” in which Morrow infuses heavy bass beats, or his soul-dripping, southern rock take on Lowell George in songs like “Quick Fix”– it sometimes feels like Morrow is able to reach into his mental record vault and channel old souls into refreshingly original compositions.

“I’m now really interested in the East LA scene,” he says of the recording sessions for his next album. “LA is misunderstood as a music town. If you really dig deep there’s a lot of awesome music that’s come out of here.”

Morrow’s typical songwriting process often begins alone, but he’s gradually learned to let others in as he’s grown as a musician. His producer Eric Corne, Ted Russell Kamp (Shooter Jennings) and drummer Matt Tecu – who he calls “my musical Geisha” – are among his most frequent collaborators.

Morrow said “Quick Fix” is the song he’s thus far most proud of as it marked a turning point in his songwriting.

“When I originally wrote it, that song had a Waylon kind of thing to it,” he said. “It had a completely different groove. But when we got in the studio, it was kind of boring, so Matt suggested we try a couple of different grooves and eventually we landed on that one. That song kind of gets compared to (The Band’s) “Up On Cripple Creek.” We made it swampy and funky and it kind of morphed into a Lowell George thing with the slide guitar that we compressed four times and for the solo we took almost everything out.”

That collaborative process – how the song evolved in the studio – marked a stark change from the Morrow of old – far from sober and typically writing alone in his apartment.

“I figured I could write a song, make fun of myself, make light of what’s wrong with me, my vices, my inconsistences and still get the same point across,” he said of “Quick Fix.” “I opened my mind to what was possible and what I could accomplish and make and take chances on what maybe isn’t your first intuition. It’s tough as a musician to listen to something you made and say ‘oh that blows.’”

There’s a unique compilation playing out in Morrow’s mind driven by diverse musical interests ranging from Skrillex to D’Angelo, Ry Cooder to Stevie Wonder, Los Lobos to George Clinton and more. Where Morrow goes with his next record is anyone’s guess.

“I think it’s just even more of a melding of all the things that i love,” he said. “It’s also definitely the heaviest and most rock and roll record I’ve ever made, which is kind of bringing me back all the way to where I began.”