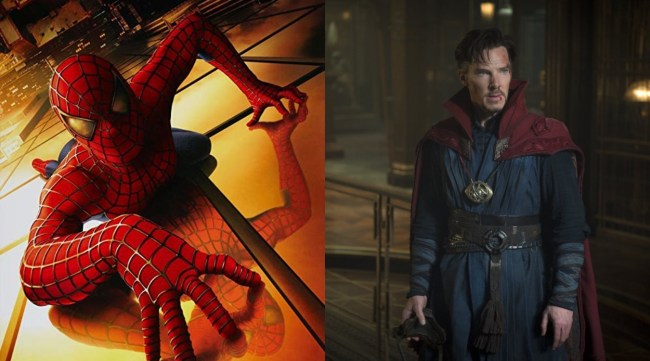 Sam Raimi, who helped launch the modern superhero movie with 2002’s “Spider-Man,” is in talks to direct “Doctor Strange in the Multiverse of Madness” for Marvel Studios, Variety has learned.

Raimi replaces original director Scott Derrickson, who Variety reported on Jan. 9 had officially departed the project due to creative differences. Derrickson will remain as an executive producer. Raimi, meanwhile, will need to get up to speed before the film’s scheduled production start date in May. Marvel had no comment. [via Variety]

Raimi, 60-years-old, is something of an icon when it comes to the fantasy/horror genre, as he is the renowned creator of the Evil Dead franchise, in addition to, obviously, directing the Hollywood landscape-transforming Spider-Man franchise in the early 2000s.

The acclaimed director has obviously had a long-standing interest in the Sorcerer Supreme, as he worked in a quick but slick reference to the character in Spider-Man 2.

Thus far, everything we’ve heard about Doctor Strange in the Multiverse of Madness indicates that the film is set to be in absolute gamechanger when it comes to the audience’s understanding of the Marvel Cinematic Universe.

Plus, considering that Marvel Studios has been long promising that Doctor Strange 2 will be something of a  mind-bending “horror” film, Raimi is quite literally the perfect fit for this sort of gonzo source material.