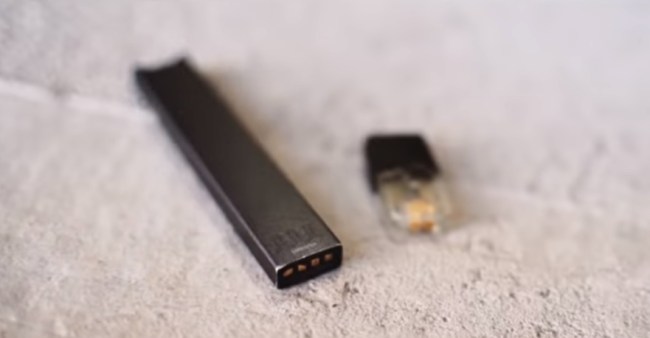 Apparently, San Francisco has solved all of their other pressing issues and have moved on to banning e-cigarettes. The California city which has 883,305 residents as of 2018, voted on Tuesday to ban sales of e-cigarettes, becoming the first U.S. city to do so.

The San Francisco Board of Supervisors have banned the sale of vaping products including e-cigarettes, vape pens and e-liquids after a campaign to do so started in March. Stores will no longer be allowed to sell vape products and residents will not be permitted to order vape products.

“Middle school and high school students are becoming addicted to nicotine because of e-cigarettes, so we want to do everything we can to keep e-cigarettes out of the hands of young people until the FDA conducts the appropriate clinical trials and finds out how these should be marketed,” San Francisco Supervisor Shamann Walton told CBS News. “We need to make sure we protect young people.”

“The ordinance is not a permanent ban,” said Walton, who co-sponsored the legislation with City Attorney Dennis Herrera. “It is a moratorium until due diligence is carried out by the FDA concerning Big Tobacco companies like Juul marketing to our youth.”

“Companies like Juul have had three years to submit their product and marketing to the FDA,” Walton said. “The question is why haven’t they. And the answer is because they want to protect their profits to continue targeting and harming our young people and they know nicotine is not healthy.”

This comes as a huge blow to Juul, which calls San Francisco “home.” Juul Labs, which has its headquarters in the city, holds approximately 70% of the vaping market after debuting in 2015.

To make matters worse for Juul, San Francisco also passed an ordinance blocking the sale, manufacture and distribution of e-cigarettes on city property. Juul’s headquarters are in San Francisco’s Pier 70 and they lease the property directly from the city.

Thankfully for Juul, the ordinance that was approved on Tuesday is not retroactive. However, Juul already had plans to relocate before the new ordinance was passed.

“The prohibition of vapor products for all adults in San Francisco will not effectively address underage use and will leave cigarettes on shelves as the only choice for adult smokers, even though they kill 40,000 Californians every year,” Juul said in a written statement.

“We share the City of San Francisco’s concerns with youth usage of tobacco and vapor products, including our own,” Juul Labs said in March. “That is why we have taken aggressive action nationwide, including stopping the sale of flavored products to retailers and supporting strong, restrictive category wide regulation to keep e-cigarettes out of the hands of youth.”

“But this proposed legislation’s primary impact will be to limit adult smokers’ access to products that can help them switch away from combustible cigarettes,” Juul added.

“We encourage the City of San Francisco to severely restrict youth access but do so in a way that preserves the opportunity to eliminate combustible cigarettes, Juul continued. “This proposed legislation begs the question – why would the City be comfortable with combustible cigarettes being on shelves when we know they kill more than 480,000 Americans per year?”

“We’ve seen a tremendous increase in use of e-cigarettes, which has led to increased rates of nicotine addiction among young people,” Herrera said. “I don’t think San Francisco is any different from any other city.”

Herrera argues that e-cigarette products were never given pre-market approval by the U.S. Food and Drug Administration. The FDA has delayed a requirement for vaping companies to submit applications to sell their products in the U.S. until 2022. San Francisco says once vape products have been approved by the FDA, they will allow e-cigarettes to be sold in the city again.

Mayor London Breed has 10 days to review the legislation and to sign or decline the e-cig ban. The ban would go into effect seven months later, then Juul and all other similar vaping products will be removed from stores in early 2020. The Mayor has previously said that she’ll sign the new legislation if it ever reached her desk.

Juul will attempt to let the people decide on the issue. The vape purveyor said that it has already collected the required number of signatures to add a measure to the November ballot. The proposal would keep e-cigarettes legal in San Francisco to adults over 21.

It should be noted that San Francisco has so much human feces on their streets that there was a need for the SnapCrap app, where San Franciscoians could warn each other where the feces is. So the e-cigarette has taken a priority over literally cleaning human feces off the street.

As of last October, the city’s 311 helpline received an average of 65 calls every single day with complaints about human poop on the street. San Francisco was forced to hire a 5-person “Poop Patrol” to clean the city’s streets and sidewalks.

But it is not just poop on the sidewalks, used syringes also liter the streets. San Francisco is struggling with a homelessness epidemic, there are estimates that there were 24,5000 injection-drug-addicted people in San Francisco in 2018.

San Francisco attempted to reduce disease transmission among drug users by providing free needles and to persuade against sharing needles. The program has largely been successful at reducing infectious diseases from needle-sharing, but drug overdose deaths have not gone down.

In 2018, San Francisco gave out a record 5.8 million of free syringes, approximately 500,000 more than in 2017. However, approximately 2 million of the city-provided syringes were returned in the needle exchange. The city’s 311 call center received 9,659 calls complaining about needles in 2018.

The syringe situation became so dire that the city started a needle collection team. The syringe collection team is operating seven days a week from 7 AM to 7 PM. In the first six months of the program, they collected 90,879 syringes.

Some could argue that San Francisco’s needle exchange is a harm reduction program, but it could also be argued that e-cigarettes are also a harm reduction strategy for those who smoke traditional cigarettes. So should nicotine addicts not have access to a potential solution, but at the same time heroin addicts receive free syringes?

A recent year-long study in the New England Journal of Medicine found vaping to be twice as effective as nicotine replacements such as patches, gum and lozenges, in helping smokers quit cigarettes.

There have been studies that suggest vaping is less dangerous than traditional smoking since it does not release carbon monoxide and carcinogens. However, there are contradictory studies that found that the chemicals in e-cigs are hazardous to users.

Some are concerned that the ban will open up a black market for e-cigarette products, which unregulated, could be even more dangerous.