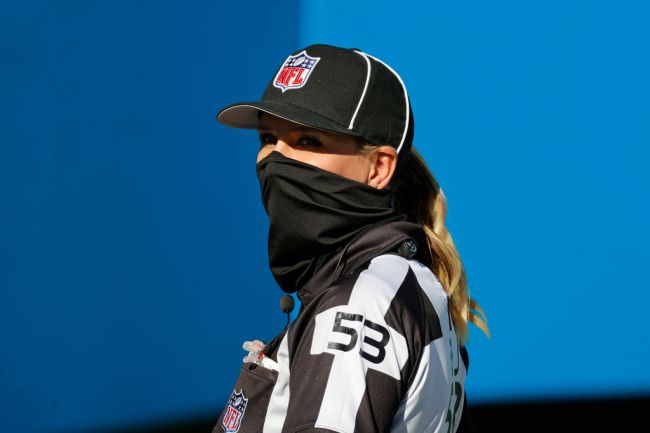 The National Football League announced its officiating crew for Super Bowl LV and Sarah Thomas is set to make history when kickoff takes place on Feb. 7. She will serve as the game’s down judge, making her the first female to officiate the NFL Championship in the league’s history.

Sarah makes history as the first woman to officiate in a Super Bowl. https://t.co/EVvz45QgFx pic.twitter.com/tDvWZPx9JG

Thomas, a 47-year-old from Pascagoula, Miss., has served in her position for the last four years and she will join 21-year veteran Carl Cheffers’ crew as she continues her rise through the league as a referee.

“Their body of work over the course of a 17-game season has earned them the honor of officiating the biggest game on the world’s biggest stage,” NFL EVP of football operations Troy Vincent said in a statement. “They are the best of the best.”

She became the first full-time female official in 2015 and became the first woman to officiate a playoff game last season, overseeing the Divisional Round game between the Los Angeles Chargers and the New England Patriots.

“Sarah Thomas has made history again as the first female Super Bowl official,” Vincent said. “Her elite performance and commitment to excellence has earned her the right to officiate the Super Bowl. Congratulations to Sarah on this well-deserved honor.”

A down judge’s responsibilities include watching for offsides and encroachment penalties before the snap, marking forward progress and working with the chain gang to keep accurate measurements on the field. She started in the role in 2017 and served as the down judge during the entirety of the 2020 regular season. Thomas began her career as a referee more than two decades ago and high school games for 10 years, then collegiate competition for eight, before she moved up the biggest stage in professional sports.

Umpire Fred Bryan, line judge Rusty Baynes, field judge James Coleman, side judge Eugene Hall, back judge Dino Paganelli, and replay official Mike Wimmer make up the rest of the crew. Coleman and Thomas will their Super Bowl debuts while the other officials will work in the game for the second time.