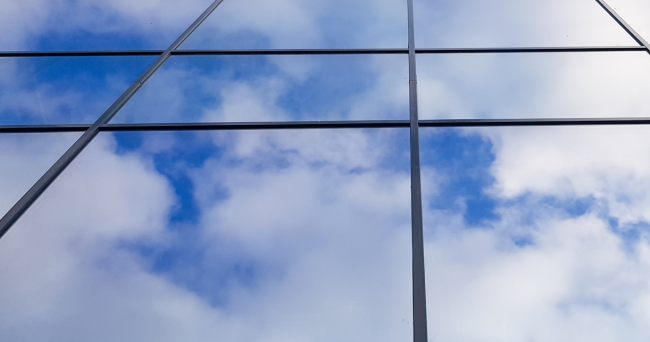 If what is happening with the LIV Golf Tour and the talk of a rival football league to the NFL isn’t enough to convince you that Saudi Arabia has way too much money, then feast your eyes on the Mirror Line.

The Mirror Line is a planned 75 mile long horizontal skyscraper made up of two 1,600 foot tall buildings (the Sears Tower in Chicago is 1,450 feet tall). It will be so large that it will have to literally “bend” to the curvature of the Earth.

It will house up to five million people, will be covered in mirrors, run on renewable energy, have vertical farming will be integrated into the buildings, a sports stadium, a high-speed train that runs underneath the buildings, a marina where residents can dock their yachts between the buildings, and is expected to cost over $1 trillion.

This city in the sky will have no cars, roads or carbon emissions and according to Saudi Crown Prince Mohammed bin Salman, who is heading up the project, is expected to be completed by 2030.

There is just one big problem. Experts believe that constructing such a monolith will probably take as long as 50 years to complete.

The Mirror Line is just one part of the planned futuristic Neom megacity that is supposed to be built on the Red Sea coast by the Saudi Crown Prince where, the Telegraph reports, residents will be able to “visit glow-in-the-dark beaches, watch cage-fighting robots and drink alcohol.”

The idea for the Neom megacity was reportedly hatched as a response to the successes of Abu Dhabi and Dubai in the region.

👑 But the building – developed at the whim of Saudi Arabia's powerful crown prince – may not see the light of day.

The Mirror Line is mooted to cost around $1trillion and has no set completion date, but experts think it would likely take as long as 50 years pic.twitter.com/NaL4mCOiFV

Five years into its development, the project has already hit numerous snags, according to the Telegraph.

Workers claim there is a culture of fear, especially when it comes to informing Mohammed bin Salman that some of his requests are literally impossible, dozens of workers have already reportedly quit, and there have been several reports of egregious human rights violations.