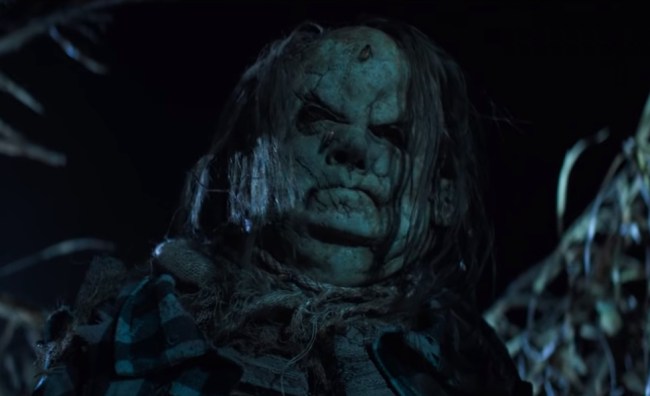 I’m a huge fan of the horror genre, but long before I was devouring the works of Stephen King and binge-watching creepy Korean films, there was one thing in particular I turned to in order to get my fix: Scary Stories to Tell in the Dark.

If you grew up toward the tail-end of the 20th century, there’s a very good chance your childhood nightmares were fueled by the works of Alvin Schwartz and his trusty sidekick Stephen Gammell, whose terrifying illustrations scarred a generation of kids.

Illustrations by Stephen Gammell from the series of children’s books, SCARY STORIES TO TELL IN THE DARK (1981-1991). pic.twitter.com/ID4SEmejtW

Over the course of three anthologies, Schwartz adapted a number of urban legends and folk tales in addition to coming up with some unnerving stories of his own.

Thanks to the help of Gammell’s drawings, Scary Stories to Tell in the Dark was once the most challenged book in America thanks to the number of parents who tried to get it banned from libraries to protect their child’s innocence.

During this year’s Super Bowl, I was delighted to learn master of horror Guillermo Del Toro had decided to tackle the series in a way only his twisted mind can by pitching in to write a screenplay.

I was even more thrilled when I heard the movie was being directed by André Øvredal, who was responsible for the cult classic that is Trollhunter, and based on the new trailer for Scary Stories to Tell in the Dark, he’s giving it the treatment it truly deserves.

Harold the Scarecrow? Check. That weird blobby woman? Yup. The girl with a giant pimple that’s actually filled with spiders? You bet your ass.

Don’t let me down, André. My childhood is counting on you.