Scientists Revive Pig Organs An Hour After Death, Putting Us A Step Closer To Bringing Dead People Back To Life 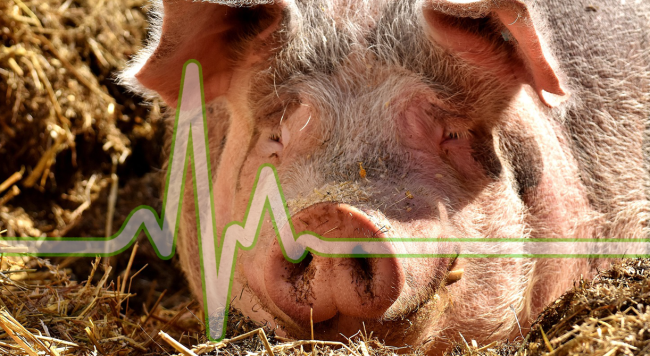 Science has made some amazing discoveries and advancements over the past several decades. Scientists have taught genetically engineered bacteria how to play tic-tac-toe. They have created an “artificial sun” that runs five times hotter than the actual sun. They have discovered that human brain cells in a dish can learn how to play the game PONG. And let’s not forget all of those wonderful things they have done with robots.

This week, scientists have once again done something previously thought unimaginable. They managed to revive the organs of pigs an hour after the animals actually died.

Last year, neuroscientists discovered “zombie” genes in human brains that come to life after death and sprout long, arm-like appendages, so sure, why not bring pig organs back to life?

This new research, published in Nature, reveals that by using a new system of pumps and filters called OrganEx they can restore molecular and cellular functions and blood flow in the dead pigs’ heart, brain, liver and kidneys an hour after death.

While it doesn’t actually bring the pigs back to life, the system does restore full blood circulation throughout the pigs’ bodies and even created new electrical activity causing the pigs’ hearts to contract and pump blood.

Why is this new ability to revive vital organs in pigs so important?

Because a system such as this could at some point in the future be used to preserve and perhaps even restore human organs that have been donated for transplantation.

The researchers also theorize that the system could eventually be used as a treatment for heart attacks and strokes.

“We have shown that cells don’t die as quickly as we assumed they do, which opens up possibilities for intervention. We can persuade cells not to die,” said Zvonimir Vrselja, a neuroscientist on the research team at Yale School of Medicine.

As far as being able to use this technology to actually “reverse death,” Stephen Latham, a Yale ethicist who was part of the research team, said, “There’s a great deal more experimentation that would be required. The perfusate [an artificial blood substitute used in the procedure] would have to be adapted to a human body. And you’d have to think about what is the state to which a human being would be restored. If you gave them a perfusate that reversed some but not all of that damage, that could be a terrible thing.”