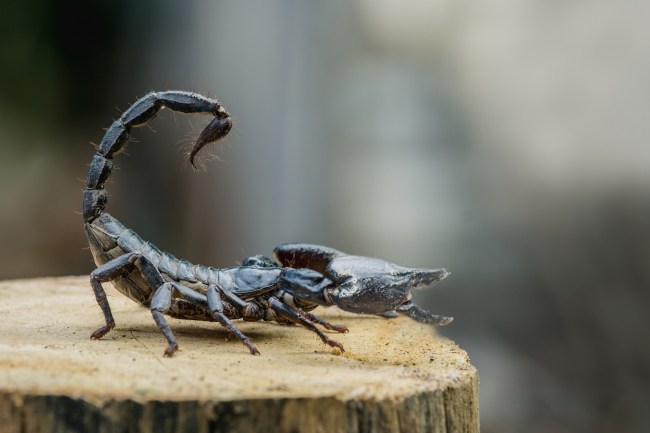 Add Lion Air to the list of airlines I will never step foot on. It will take its spot next to Malaysia Air and Norwegian Air, the latter being the most incompetent airline in the sky.

A Lion Air flight landed safely in Jakarta, Indonesia on Thursday. When a passenger went to open the overhead bins to retrieve her luggage, she was met with a venomous creature scampering about the bin.

“When the plane had landed, one passenger was taking their things out of the compartment, that’s when suddenly the scorpion appeared above our seat. I was in row 19 with two other passengers, an elderly married couple. When we saw the scorpion above our heads we rushed out as fast as we could,” passenger Karim Taslin said, Strait Times reported.

While passengers called for the crew to take care of the poisonous creature, it disappeared into one of the plane’s fittings.

Scorpion on the Plane pic.twitter.com/gqBVrTryLV

Witnesses reported that the creature appeared to be a venomous Asian forest scorpion — one of the most aggressive and largest species found in Indonesia, New York Post reports. Asian forest scorpions typically grow to five inches, but this monster was upward of a foot long.

Daily Mail reports that the scorpion was said to have been living on the plane for a week prior to the two hour flight from Pekanbaru, Indonesia to Jakarta.

Lion Air said in a statement on Friday that the plane had been sprayed a week earlier to eradicate any creatures. They are now investigating and claimed the creature ‘looked like a spider’.

Yeah, I’ll take the train from here on in, please and thank you.