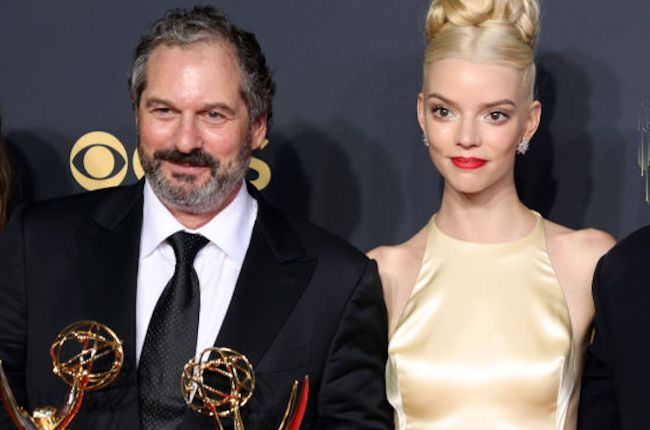 Part of me wishes I had zero social awareness, otherwise known as the basic ability to read the room. It seems like it would be quite freeing, to be honest. After all, ignorance is bliss, and not being able to sense the mood of those around you is arguably the ultimate form of ignorance. Scott Frank — co-creator, writer, and director of Netflix’s smash hit The Queen’s Gambit — is apparently and unfortunately one of those people.

During his acceptance speech for Outstanding Directing for a Limited or Anthology Series or Movie at the 2021 Emmy Awards, Frank not only gave the longest speech of the night — rivaled only by the speech given by Debbie Allen after she won a lifetime achievement (and even still, Frank’s speech was somehow longer) — but did so in remarkably pompous fashion, whipping out a two-page diatribe and refusing to adhere to the infamous play-off music three separate times. To make matters worse, the speech wasn’t even intellectual, inspiring, or revealing — it was simply an example of Scott taking as much time as he felt he deserved.

Not only were those in the crowd obviously uncomfortable — Anya Taylor-Joy deserves an acting award just for how she responded to the portion of Frank’s speech about her eyes — but television fans watching at home took to Twitter to slam the self-important screenwriter.

That said, Scott Frank dude, there’s other people in the room who need to give speeches too. Good lord get a grip man.

everyone to Scott Frank pic.twitter.com/UE4JrlhIEP

Unfortunately Scott Frank burned himself going that long with his speech and then Michaela Coel burned him again by proving you only really need 30 seconds to deliver a banger.

My feed is one big united front against the AUDACITY right now. #emmys pic.twitter.com/r0SSOaJ5yb

We're all going to have to stay late because Scott Frank thinks it's okay to shake off the playoff music several times in his speech after his #Emmys win for Limited Series/Directing.

Wow. Scott frank for The Queen's Gambit talked about as much as Debbie Allen did for her Governor's award! That is some serious entitlement going on there…

"Accepting. for The Queen's Gambit will be LITERALLY ANYBODY OTHER THAN Scott Frank…"#Emmys

Despite Frank’s exceptionally douchey speech, the fates remained in his favor nonetheless, as The Queen’s Gambit closed out the night by winning the Emmy award for Outstanding Limited Series, beating out the likes of I May Destroy You, Mare of Easttown, WandaVision, and The Underground Railroad. Luckily, though, Scott did not speak during that acceptance speech. Let’s hope it’s because he checked Twitter and saw what everyone was saying about him.