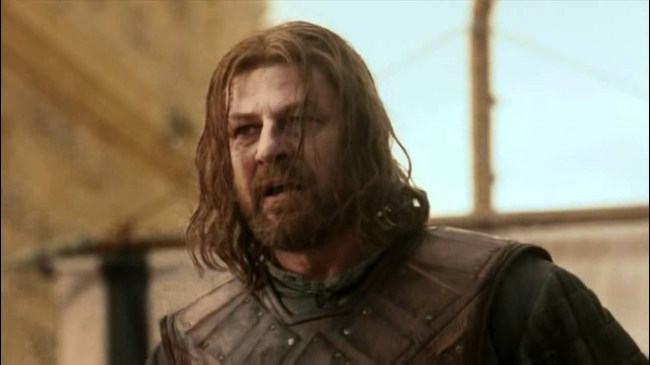 I didn’t know much about Game of Thrones when a friend of mine recommended I start watching it back in college but it didn’t take long for me to get way too invested in the show thanks in no small part to the excellent performance of Sean Bean as Ned Stark.

Bean was easily the biggest actor the show had to its name, so when Ned found himself on the executioner’s block in the ninth episode of the first season, I figured he’d figure out a way to get out of the pickle he’d found himself in.

As a result, I—along with basically everyone who hadn’t read the books beforehand—was shocked when he actually met his demise, but now that I look back on things, I probably shouldn’t have been too surprised.

According to The Daily Mail, Bean has died a grand total of 23 times on screen since having his throat slit in the 1986 film Caravaggio, which kicked off a long career of getting killed off in a menagerie of ways ranging from getting torn apart by horses in Black Death to getting skewered by arrows in the first Lord of the Rings film.

Now, according to The Sun, it appears the actor is officially over meeting his end on a regular basis, as he revealed he’s refused to take on multiple roles in which his character ends up dying in a recent interview with the outlet:

“I’ve turned down stuff. I’ve said, ‘They know my character’s going to die because I’m in it!’

I just had to cut that out and start surviving, otherwise it was all a bit predictable.