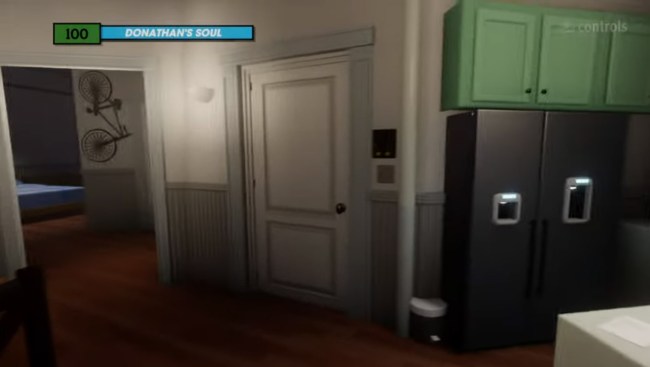 I didn’t think it was possible for the classic sitcom Seinfeld to be anything but funny. I should have known better than that since, you know, the internet is a thing that exists.

Which is exactly where I discovered Seinfeld: The Horror Game.

Seinfeld: The Horror Game is a Dreams game created by Rare Bird Interactive for the PlayStation 4, and it will make your skin crawl.

The premise begins with the fact that you are Jerry’s nephew, Donathan. As Donathan you get to explore Jerry and Kramer’s iconic apartments – painstakingly recreated I might add – as well as the legendary Monk’s Diner. The scary part is that they all appear mysteriously empty and very, very dark.

The detail alone is enough to garner any Seinfeld fan’s interest. You’ve got Kramer’s “levels,” the neon red light from Kenny Roger’s Roasters, and a haunted Mr. Marbles, the ventriloquist doll that freaks Jerry the hell out when he has to switch apartments with Kramer, that will flat-out murder you in the dark as you go about your quest.

spent the whole night digging around on Dreams and found this Seinfeld game that deserves WAY more attention pic.twitter.com/OuDB254Kso

Seinfeld: The Horror Game is still a work in progress, but as you will see in the videos below, it’s more than far enough along to interest any diehard fan of the legendary comedy series. Although, fair warning… you may never look at the show the same way ever again.