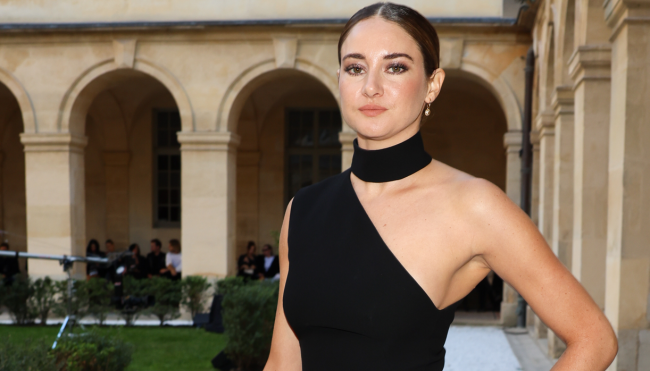 In a new interview published this week, actress Shailene Woodley says she went through the “darkest, hardest time” in her life shortly after breaking up with Green Bay Packers quarterback Aaron Rodgers.

Back in February, it was reported that Woodley broke it off with Rodgers because “he put football first” and she felt their relationship was being “neglected.”

Less than a week later, Shailene Woodley and Aaron Rodgers appeared to be back together, but after a couple more months of giving it another try the couple finally ended things for good.

“Shailene tried to give it another shot and was spending time with Aaron,” someone close to Woodley told E! News after their final breakup. “But she quickly saw that everything was on his terms and nothing was going to change. There was no reason to continue and she’s done with it again.”

Now, nine months later, Shailene Woodley is speaking out about how she felt after she and Rodgers called it quits.

“It was hard to film because I was going through the darkest, hardest time in my life; it was winter in New York, and my personal life was sh-tty, so it felt like a big pain bubble for eight months,” Woodley told Net-A-Porter in an interview published on Monday. “I was so grateful that at least I could go to work and cry and process my emotions through my character.”

Woodley added that her life got easier when she stopped posting on Instagram as much. She wiped her account and only has made five posts on it since September 15th.

That change and realization came while she was dating Aaron Rodgers.

“It honestly never really hit me that millions of people around the world were actually watching these things and paid attention to them. Then, I dated somebody in America who was very, very famous,” she said. “It was the first time that I’d had a quote-unquote ‘famous’ relationship, and I watched [the] scrutiny, opinions, the desire for people to know my life and his life and our life – it just felt violating in a way that, before, it was fun. I’m a very private person, and so I found that any time I posted anything, I instantly felt like I was sharing too much of who I am with people I didn’t necessarily trust.”