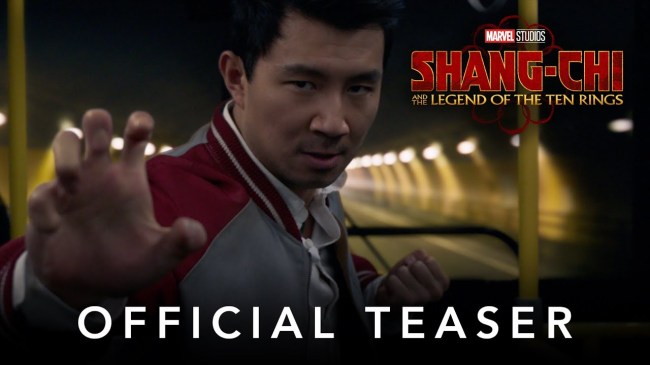 The first trailer for Shang-Chi and the Legend of the Ten Rings, the 25th film in the Marvel Cinematic Universe, is finally here. The release of the trailer even seemed to come as a surprise to lead actor Simu Liu, who tweeted earlier in the morning that the trailer wouldn’t be releasing for another few weeks. However, as a “birthday present” (today is Liu’s birthday), Marvel Studios went ahead and dropped the trailer.

Here’s the official synopsis for Shang-Chi and the Legend of the Ten Rings, via Marvel Studios:

“Shang-Chi must confront the past he thought he left behind when he is drawn into the web of the mysterious Ten Rings organization.”

What’s strange, and perhaps most exciting, about Shang-Chi is that there haven’t been any references or Easter Eggs nodding to him or his world in the MCU thus far, which is extremely rare for the increasingly interconnected franchise. Luckily, it doesn’t seem to particularly matter how Marvel will connect Shang-Chi to the wider universe, as his origin story looks as though it will be certainly, and obviously, bringing something fresh to the franchise with the film’s martial arts influences.

It will be the 25th film in the Marvel Cinematic Universe, and the second movie in Phase 4 following Black Widow, which will hit theaters and Disney+ Premier Access on July 9.