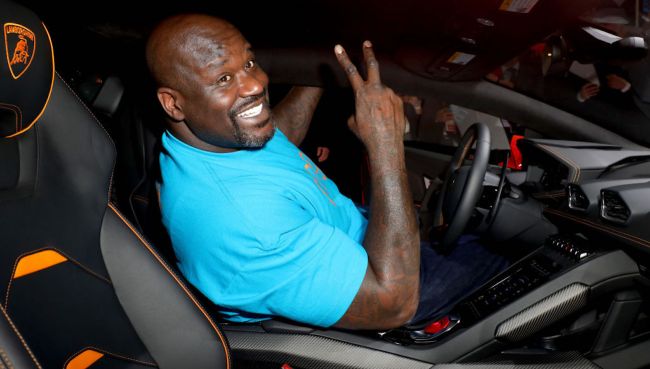 While Shaq is known for dominating the paint and clowning around on Inside The NBA with Charles Barkley, the Hall of Famer is actually a quite shrewd individual.

Last fall, I wrote an article about an awesome Twitter thread that compiled some of Shaquille O’Neal’s shrewdest investments over the years, investments that have helped his net worth reach almost half-a-billion dollars.

To be a good investor, you need to have a vision of the future, and that’s something that Shaq obviously has (he invested in Google back in 1999), as evidenced by this clip of him discussing whether or not pro eSports players to be athletes.

“I do [consider eSports players to be athletes]. And I want to commend you guys, and I’m proud of you guys. Athlete means different things. But athlete means *here*,” Shaq said as he pointed to his head.

“I did a show called Shaq Versus. I went to a race with Dale Earnhardt and that was the hardest shit I’ve ever done in my life. I’m sitting in the car, and we were out there, and my body was so sore. When I went to swim against Michael Phelps, 15% of the game is physical, everything else is mental.

I asked Shaq if esports players are athletes

His answer was frikin beautiful pic.twitter.com/R5O0176nII

You could tell how much Shaq’s answer meant to those guys, too. Good on ya, Shaq.

RELATED: Charles Barkley And Shaq Got In A HEATED Argument, Chuck Says Shaq ‘Rode On Kobe And Dwayne Wade’s Coattails’