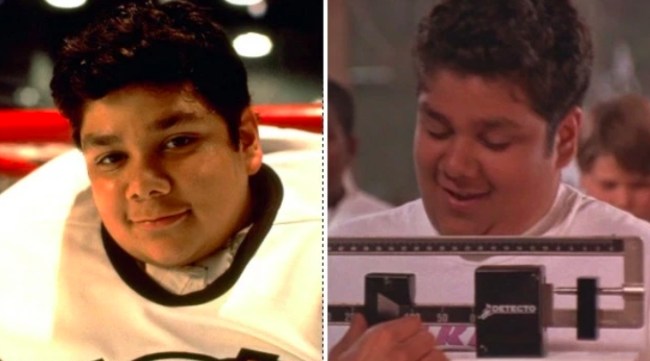 You may remember Shaun Weiss as the charming pudgy kid who flawlessly played roles in some of the iconic movies of the 90s–namely his character Goldberg in the Mighty Ducks movies and Josh Burnbalm in Heavyweights.

Unfortunately, the 40-year-old has experienced some rough patches in his adult life. Last year, Weiss was sentenced to 150 days in L.A. County Jail after stealing $151 worth of merchandise from Fry’s Electronics earlier this month, his second petty theft offense. Weiss only served 12 of his 150 day sentence due to prison overcrowding, but was immediately sent back after getting arrested for possession of meth just five days after his release.

Weiss was arrested in August for public intoxication, which was the offense that prompted him to enter rehab. In a Facebook post before checking in, Weiss admitted that “without immediate treatment my life is in eminent danger.” From the looks of his mugshot photo at the time, rehab was long overdue.

Most recently, the actor was arrested in November for allegedly shoplifting more than $200 worth of stuff from an Los Angeles Rite Aid, according to TMZ. He is now reportedly facing a petty theft charge and a probation violation.

Here is Weiss, nearly four years ago, doing a stand up set before his deterioration. His act is super self-deprecating, poking fun at how talent managers confused his predilection for being a wise ass as a kid with talent.

Best of luck to Goldberg in turning it around ASAP.