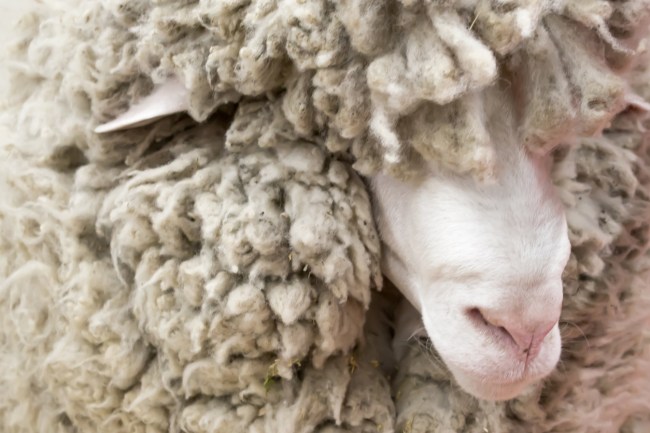 A sheep named Baarack has a new fleece on life. Rescuers in Australia found the animal abandoned in the wild with a massive coat of wool that impaired his vision and left him susceptible to infection. It took volunteers at Edgar’s Mission in Lancefield, Aus. more than an hour to remove the thick, tangled coat— a process that typically takes minutes.

Meet Baarack – this poor boy arrived yesterday, having been on the run bush land for years! 🐑❤️ #transformation #kindness #farmsanctuary

When the long-overdue shearing was finished, the sanctuary weighed the fleece at 35.4 kilograms, or about 78 pounds. The transformation is amazing.

According to the Mission’s Kyle Brehand, a person who spotted the sheep wandering along in the bushland of Victoria called the sanctuary seeking help for the animal.

“It would appear Baarack was once an owned sheep,” Behrend said. “He had at one time been ear-tagged, however, these appear to have been torn out by the thick matted fleece around his face.”

It wasn’t clear how long Baarack had gone without a shearing, but a sheep should be shorn at least once a year. After several years without proper care, he was on the brink of certain death and was significantly underweight after the wool was taken off.

“The wild mouflon, from whom Baarack and his kind have, throughout the ages, been selectively bred, did fine on their own — navigating rocky terrain, dodging predators and shedding their hair annually in harmony with the seasons,” the Mission said. “But not so today; they rely on humans for sustenance, shelter and shearing, and failure on any of these fronts oft times proves fatal for these animals.”

Baarack has been with the sanctuary for a few weeks now and is becoming more confident each day. He is dealing with a few shearing nicks and an ulcer, the legacy of his once wool-blind state, but is expected to make a full recovery. Edgar’s Mission goes above and beyond to make sure their environment is as welcoming and comforting as possible, even playing the harp to soothe their animals.

To learn more about Edgar’s Mission, to adopt an animal or to donate, you can find them on Facebook, Instagram and TikTok, as well as their website.