Remember The Sherminator From The ‘American Pie’ Films? You Might Not Recognize Him Now 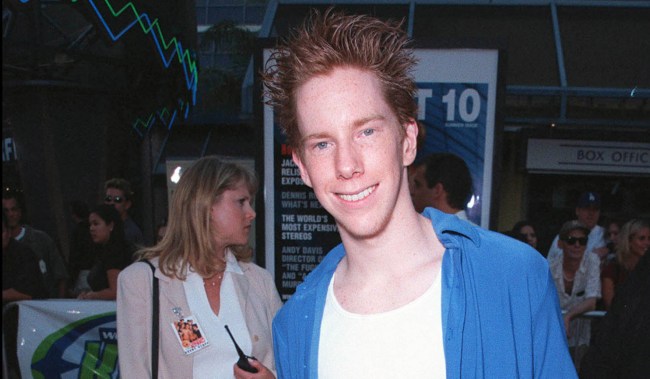 Everyone over a certain age, and even some younger than that, know all too well who actor Chris Owen is. You may not know his name, but when I say “the guy who played Chuck Sherman, AKA The Sherminator, in the American Pie films, you definitely know who I am talking about.

After all, who could ever forget this guy?

I mean, dude was in all of the American Pie movies, including Band Camp and Reunion, and along with Eugene Levy was the only actor from the movies to appear in the “American Pie Presents:” direct-to-video spin-off films: The Naked Mile, Beta House, Band Camp and The Book of Love.

Bro was an American Pie lifer. He was The Sherminator!

However, just like Gregory Goyle from the Harry Potter films, The Sherminator is all grown up now. In fact, he’s 37 and looks very different from the young man who once uttered the legendary line, “I’m a sophisticated sex robot sent back through time, to change the future for one lucky lady.”

Check your boy out now…

Thanks so much to the cast, crew, and @syfy for welcoming me into the #sharknado family. What a crazy, great trip!

Because when you go to Romania for the weekend to play a blond cowboy you take a picture. #Sharknado

Yep, The Sherminator is no longer a ginger and of course he is now part of the Sharknado film series. Because why wouldn’t he be?

In 2014, a New York Daily News article, said Owen was working as a waiter at a sushi restaurant in Santa Monica. Since then though he’s back in the acting saddle, and as you can see, he seems to be doing quite alright these days.

Impromptu photo shoot during celebration of the half way mark of shooting. Thank you! @aleetet #blackandwhite #headshot #iwishialwayslookedthiscool #allthatjam