The Internet’s Being Torn Apart Again: Are These Shoes Pink And White Or Green And Gray? 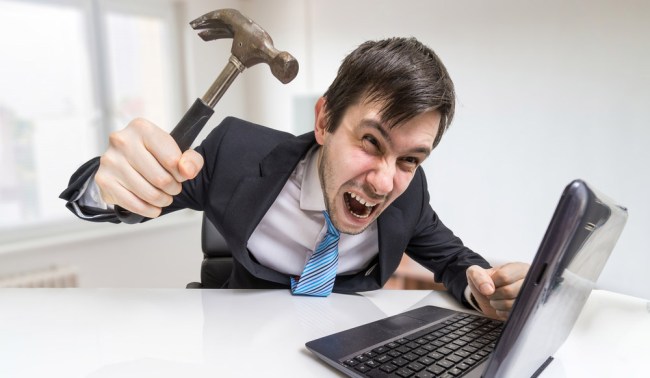 That’s right. There is yet another photo circulating around the internet that’s causing people to lose their minds and get into arguments about what their eyes see.

Someone shared a photo on the Facebook group GIRLSMOUTH asking, “Ok girls so my friend has just sent me this asking what colour the shoe is, I would say pale pink and white, but she insists its pale blue and grey. What do you girls see? Please tell me pink and white!”

Pink and white?! Is she mental?! Look at this photo…

Actually arguing with my friends over the colour of a SHOE. That is 1000000000% pink and white pic.twitter.com/fO7W00Xs6p

this shoe is pink and white, don't try me pic.twitter.com/Q2liFn2g6u

if you think the shoe is pink and white, unfollow me

Sex is intimate and sacred. Your body is a temple and you shouldnt share it w anyone who thinks the shoe is pink and white

We're not doing this again. The shoe is PINK AND WHITE. pic.twitter.com/1oAvKOCytO

Is the color of the shoe (if you’ve seen the photo) teal and grey or pink and white?

And while we’re at it, this is white and gold. Don’t test me.

WANTED: This dress to stop appearing in our feed (Even though we'd look simply ravishing in it) #BlueAndBlack pic.twitter.com/o7ZU3sIeL1