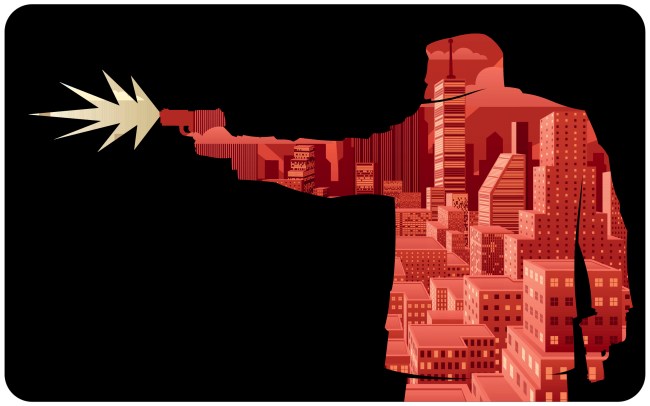 I saw a viral tweet the other day that asked what movie we probably saw at too young of an age, and my immediate answer was Goodfellas, which I saw when I was about 10-years-old. My mom is a huge movie person, leading me to see Goodfellas and Pulp Fiction at probablyyyyy too young of an age. Still, seeing those movies essentially shaped my entire career path, so I’m thankful for them, and for her, all the same. Lova ya Ma.

Enough about me and my spectacular and loving childhood, though, and onto the content: according to reports, the writer of Goodfellas (Nicholas Pileggi) and the creator of Boardwalk Empire (Terrence Winter) have teamed up for a drama series at Showtime about “the American mafia’s First Family”.

First reported by Deadline, the still-untitled series, which is written by Boardwalk Empire creator Terrence Winter, is “inspired by Pileggi’s in-depth chronology of organized crime in America — which is also the history of corruption in America — as seen through the eyes of the mafia’s First Family.”

Pileggi, who started his career as a journalist, is best known for writing Wiseguy: Life in a Mafia Family and Casino: Love and Honor in Las Vegas, which were adapted into the Martin Scorsese movies Goodfellas and Casino, respectively. Pileggi co-wrote the scripts for the films with Scorsese. Pileggi also executive produced Scorsese’s most recent feature, The Irishman. He executive produced alongside Grazer the Ridley Scott-directed American Gangster. [via Deadline]

The series, which will air on Showtime, does not have an official release date at this time, but you bet your ass we’ll be keeping up with the latest updates cause this one sounds like a monster hit in the making.