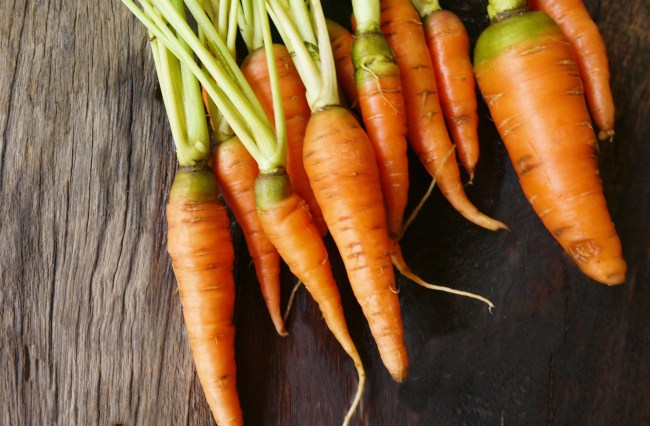 If you feel as though your manhood is not quite up to par, you can now blame pollution for your inadequacies instead of your parents. A scientist is warning the world that pollution is causing penises to shrink.

Ph.D. Shanna H. Swan, an “award-winning scientist based at Mt. Sinai and one of the leading environmental and reproductive epidemiologists in the world,” released a new book where she examines the reasons for increased infertility of human beings in a new book titled Countdown. The environmental and reproductive epidemiologist at Icahn School of Medicine at Mount Sinai in New York found that pollution is to blame infertility and a decrease in penis size, based on peer-reviewed research studies.

Dr. Swan, who has published more than 200 scientific papers, revealed worrying revelations about how pollution affects the human body, especially in terms of reproduction and the size of genitalia. The good doctor claims that chemicals are wreaking havoc on human beings.

“The chemicals to blame for this crisis are found in everything from plastic containers and food wrapping, to waterproof clothes and fragrances in cleaning products, to soaps and shampoos, to electronics and carpeting. Some of them, called PFAS, are known as ‘forever chemicals,’ because they don’t breakdown in the environment or the human body,” the Guardian reported. “They just accumulate and accumulate – doing more and more damage, minute by minute, hour by hour, day by day. Now, it seems, humanity is reaching a breaking point.”

“In some parts of the world, the average twentysomething woman today is less fertile than her grandmother was at 35,” Swan claims. “The current state of reproductive affairs can’t continue much longer without threatening human survival. It’s a global existential crisis.”

RELATED: Grab Some Nuts To Help With Your Fertility Issues

“Swan’s book echoes previous research, which has found that PFAS harms sperm production, disrupts the male hormone and is correlated to a ‘reduction of semen quality, testicular volume and penile length.’ These chemicals are literally confusing our bodies, making them send mix messages and go haywire,” writes Erin Brockovich.

Sky News reports that penises are not only shrinking but the are becoming “malformed.”

Swan’s research also found exposure to phthalates – chemicals found commonly in plastics and toys – at the end of the first trimester in the womb, led to a shorter anogenital distance (AGD).

“Dr Swan’s research began by examining phthalate syndrome, something observed in rats which found that when fetuses were exposed to the chemical they were likely to be born with shrunken genitals,” Sky News reported. “She discovered that male human babies who had been exposed to the phthalates in the womb had a shorter anogenital distance – something that correlated with penile volume.”

“Nobody is going to like that term, so you could use taint or gooch instead,” Swan told The Intercept. “But basically it’s the distance between the anus and the beginning of the genitals. And scientists have recognized its importance for a long time. I have a paper from 1912 that looks at AGD and showed that they were nearly 100 percent longer in males than in females. Our work has shown that chemicals, including the diethylhexyl phthalate, shorten the AGD in males.”

But pollution may also affect libido.

“Yes, we found a relationship between women’s phthalate levels and their sexual satisfaction,” Swan told The Intercept. “And researchers in China found that workers with higher levels of bisphenol A, commonly known as BPA, in their blood were more likely to have sexual problems, including decreased desire.”

“According to Swan’s research, BPA, phthalate, parabens, and atrazine are the main culprits behind decreasing libido and fertility, Vice News reports. “These chemicals are found commonly in plastics, herbicides, toothpaste, and beauty products and act as endocrine disruptors which leads to premature birth, lower IQs, obesity and, according to Swan’s research, smaller penis size. It might be hard to avoid these chemicals since they are often not on labels and are commonly found on plastics, shampoos, cosmetics, cushions, canned foods and even ATM receipts.”

Vice News reports that it isn’t only human dongs that have been affected, “It’s damaged polar bears’ dicks and given “limp” penises to otters. Now though, completing the circle of life itself, it’s coming for human erections too.”

Congratulations to everyone who didn’t have pollution affect the size of their tallywhacker.