‘The Simpsons’ Did It Again, Predicting Both The Pandemic AND Murder Hornets In The Same Clip 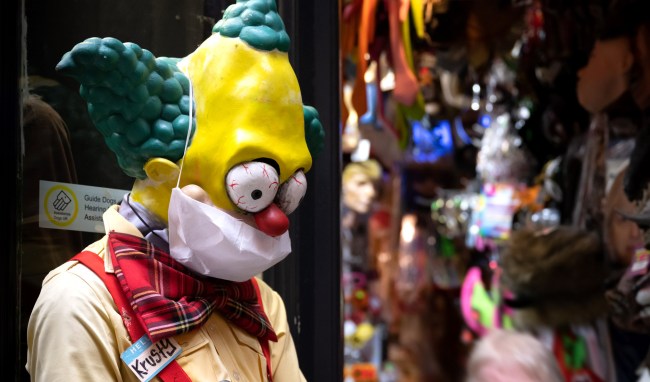 I’m not sure how they keep doing this, predicting the future… maybe it has something to do with having to be creative enough and come up with enough content to fill over 680 episodes over 31 years, but The Simpsons are continuing to do that voodoo that they do with yet another prescient clip that predicts a combo platter of 2020’s two biggest threats to humanity: the ongoing global pandemic (along with the accompanying nutjob cures) and murder hornets.

So, not only did The Simpsons predict the coronavirus way back in 1993, they also predicted Tom Hanks would get infected, and just for good measure they threw in somehow knowing about killer flying insects happening at the same time as the pandemic in season 4, episode 21, “Marge in Chains.”

In that episode, The Simpsons’ “Osaka Flu” began in an Asian country, made its way to the United States, caused mass infections in its citizens, and the medical professional in the clip reveals that there is no known cure. Sound familiar?

And yes, I know hornets are not the same thing as bees, but they are both flying insects with stingers, so killer bees… murder hornets… close enough for government work.

Wait maybe this caused 2020? Did the simpsons fly too close to the sun?

Also, this is 100 percent accurate.

Some people tweeted “he cut out the punchline”

If we live long enough, we'll eventually see every Simpsons gag play out in real life.

Can’t wait for this to happen…