After 62 Glorious Years, Sizzler Forced To File For Bankruptcy Due To The Pandemic 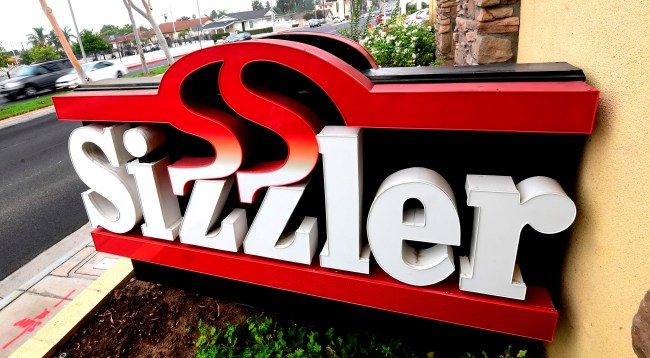 God, what is happening?! First, Road Warrior Animal passes away. Then we find out NFL legend Gale Sayers died. And now Sizzler is filing for bankruptcy?!!

Can we just skip ahead to December 31st and be done with the year 2020 already?!

CNN reports Sizzler USA filed for Chapter 11 because of the affects of COVID-19 on its ability to serve customers. The filing is only for Sizzler’s 14 company-owned restaurants, however, and not the dozens of other franchised establishments.

Still, this is not good news.

“Our current financial state is a direct consequence of the pandemic’s economic impact due to long-term indoor dining closures and landlords’ refusal to provide necessary rent abatements,” said Sizzler President Chris Perkins in a statement.

Sizzler previously filed for Chapter 11 bankruptcy in 1996, closing over 130 locations.

Other companies which have been forced to file for bankruptcy amind the ongoing global pandemic include JCPenney, Neiman Marcus, Vapianos, and California Pizza Kitchen, as well as a Pizza Hut franchisee who owns nearly 300 restaurants.