A Skydiver Somehow Survived A 5,000-Foot Fall To Earth After Both Her Parachutes Malfunctioned 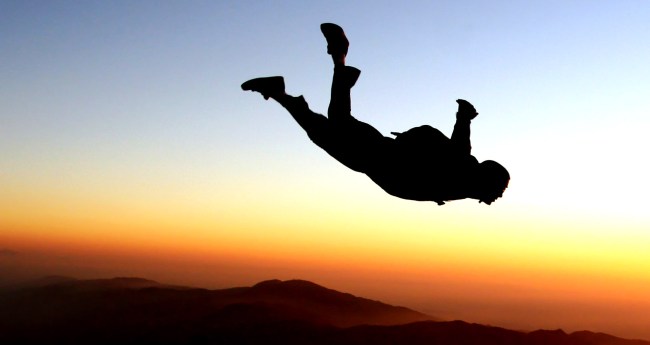 See if your brain can compute this? A woman who fell 5,000-feet to Earth when her parachutes failed to open might be one of the luckiest people on the planet.

That make no sense, right? How could taking 5,000-foot plunge from an airplane with no parachutes possibly be lucky?

Because she somehow miraculously survived the 5,000-foot freefall.

Related: Stuff That Can Save Your Life: What To Do If Your Parachute Doesn’t Open While Skydiving

Witness Denis Demers told Radio-Canada the woman was falling faster than anybody else who had jumped.

“It’s a miracle,” said Demers. “I don’t know how a person can survive a fall from an airplane like that.”

The 30-year-old woman was making her jump at the skydiving facility Parachutisme Adrénaline near the Montreal-Mirabel International Airport. It was not her first jump as she reportedly had previous experience skydiving.

Océane Duplessis, who was about to get on a plane for her own jump when the accident occurred, said, “We watched all the way to the end. We kept hoping something would happen. We were very worried. Very.”

The woman reportedly hit some trees and ended up landing in a wooded area, suffering non-life-threatening injuries including several fractures and a broken vertebrae. She is currently recovering in the hospital.

Trois-Rivières police are investigating the accident to determine whether this was a case of criminal negligence.