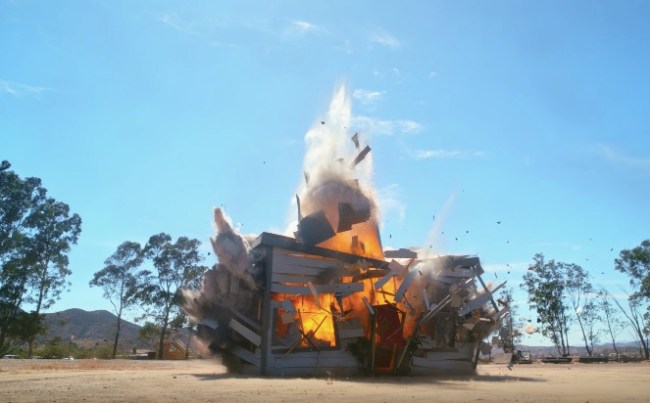 Here at BroBible, I’ve made no attempts to hide my obsession with watching stuff blow up in slow-mo HD. It’s been a few days since I checked in on The Slow Mo Guys YouTube channel to see what they’re up to.

I was delighted to discover that Gavin and Dan have spent their recent days building a small, one-room house with the express purpose of BLOWING IT TO SMITHEREENS while filming the explosion using the 4K camera. I’m a firm believer that every explosion looks cooler when filmed in slow-mo HD. This is probably because I grew up on Michael Bay films. There’s just something about this style of video that really resonates with me:

These two dudes honestly have the best jobs on the Internet. They make massive sums of money for taking all of the best parts from MythBusters and condensing it down to 5-minute clips. Instead of spending 55 minutes building up an explosion they jump right into it. Like Leeloo from The Fifth Element, they understand what the people want big, bada, boom. I can’t imagine how awesome your day-to-day work life would be when your biggest obstacle was ‘what should we *legally* blow up next’?

Want to check out more clips from The Slow Mo Guys? Here are some recent favorites: