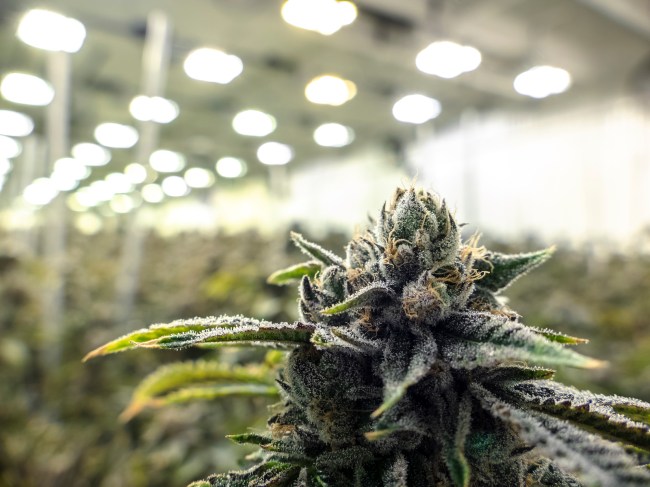 There is a bizarre new cannabis trend sweeping the United States right now that, if we’re honest, we didn’t think would ever see the light of day.

But when we live in a time where people are choosing booze-free cocktails over the real stuff, Natty Light is putting strawberry and lemonade flavoring in beer, and dudes are rubbing toothpaste all over their junk to help make them better in bed, it’s not really a stretch that smokable hemp for CBD is on its way to becoming the next big thing.

What’s truly odd about this development, though, is that when Congress was discussing the legalization of industrial hemp last year, one of the primary arguments in favor of this action was that smoking hemp, no matter if it was a field of the stuff, couldn’t get anyone high.

So, while people might be able to roll up a hemp joint and smoke it, there really wouldn’t be any point to it.

But the U.S. government underestimated the American people and their willingness to consume anything associated with cannabis.

Hemp flower is now available in smoke shops, cannabis dispensaries and other retail outlets where CBD is sold.

Some people are buying it to help make their marijuana less potent, while others are using it to get a fast-acting dose of CBD instead of relying on oils.

There are even diehard tokers who are apparently smoking this stuff in places where it’s not necessarily cool to fire up weed.

Sure, hemp might not provide them with a buzz like its intoxicating cousin, marijuana, but it comes packed with a similar aroma and flavor that they find appealing.

And for those folks suffering from anxiety and even chronic pain, they swear smokable hemp helps them stay functional throughout the day.

If you haven’t yet heard of anyone using smokable hemp, just give it time, industry experts say. There is a chance this could go big.

“Smokable hemp is a very small part of the hemp and CBD marketplace, but it seems to be the one that’s growing most rapidly,” Jonathan Miller, general counsel for U.S. Hemp Roundtable, told New England Public Radio.

But possession of this flower could still end up getting some of you jammed up with the law if you’re not careful.

If you live in one of the 11 states that have legalized marijuana for recreational use, you will not have any problems when it comes to smokable hemp.

But everywhere else, possession of hemp flower, while perfectly legal, could potentially get you arrested.

Why? Well, police are having a difficult time telling the difference between hemp and weed.

They both look and smell the same, and not even K-9 units and field drug tests can differentiate.

In fact, the only way the cops can distinguish between the two plants is to ship it off to the crime lab for extensive testing.

And it’s probably going to be a minute before you find freedom, too, because, as we have learned from various reports, crime labs are getting backed up on these types of cannabis-related cases.

It’s a situation that is causing significant problems in the 47 states that now have hemp laws on the books.

Many are even looking to start farming marijuana/hemp cases out to private labs to help speed up the process. But these tests are super expensive, and many police departments just don’t have the budget.

It’s for this reason that some local prosecutors have begun dismissing small-time pot possession cases because it’s too difficult to prove whether someone is actually breaking the law.

So far, this withdraw on weed hasn’t happened yet at the state level, but some parts of Ohio, Texas, Georgia and Florida have all just basically thrown their hands up when it comes to putting petty pot offenders in jail.

“The prosecution of marijuana possession charges would require drug testing that distinguishes hemp from marijuana,” Columbus City Attorney Zach Klein told the Columbus Dispatch. “Without this drug-testing capability, the city attorney’s office is not able to prove misdemeanor marijuana possession beyond a reasonable doubt” since “our current drug-testing technology is not able to differentiate.”

Still, most jurisdictions are going to try and nail a person to the wall for marijuana, even if they are only in possession of hemp.

At least for now.

There will inevitably come a time when police resources become so taxed in this endeavor that they will have no choice but to slow their roll a bit.

There is even a possibility that as hemp production becomes more prevalent across the country, it will force state lawmakers to get serious about decriminalization measures and perhaps also full-blown legalization.

It could even end up being one of those situations that push the U.S. government to approach pot reform at the federal level.

But for now, hemp possession in states where marijuana is illegal still could produce some hardships for those unfortunate bastards caught with it.