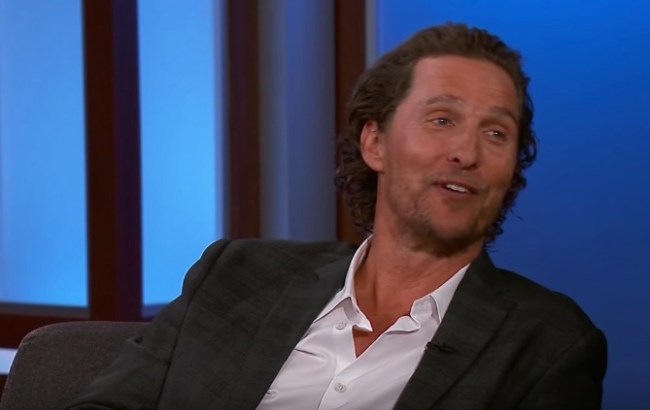 Anyone who has ever smoked weed with Snoop Dogg will attest to the fact that he has supernatural powers when it comes to his THC tolerance. Not a day goes by when Snoop Dogg isn’t poking the smot in massive quantities that would put me into a temporary coma. And he’s not smoking rag weed, Snoop Dogg’s smoking weed potent enough to take down an adult elephant.

As a guest on Jimmy Kimmel Live last night, Matthew McConaughey talked about being on set with Snoop Dogg and Willie Nelson while filming The Beach Bum. At some point, Snoop Dogg ‘snooped’ Matty and got him to smoke some of Snoop’s private stash which should probably be illegal because it’s weed so potent you can smell it from a mile away. The THC content is so high you can’t stare directly at it like the sun or you might go blind…and non-stoner Matthew McConaughey smoked it without knowing what he was doing:

The IMDB profile of The Beach Bum describes the plot as “A rebellious stoner named Moondog lives life by his own rules.” If that doesn’t sound like a real-life film about ‘Florida Man’ then I don’t know what does. Also, it appears as if Matthew McConaughey is wearing Guy Fieri’s infamous flames buttondown shirt for the entire film.

By the way, if you’re curious who is on Snoop Dogg’s ‘Mount Rushmore Of Weed‘ you can check out that clip.