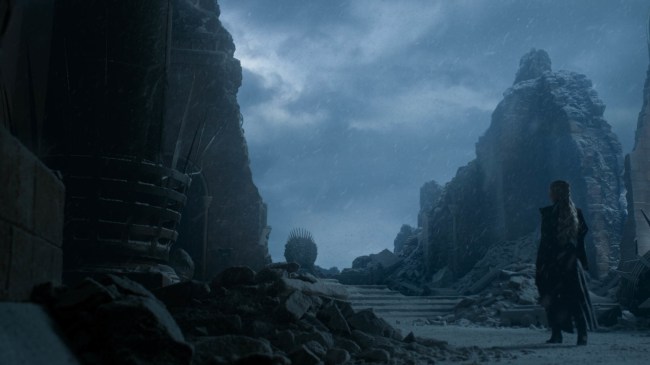 Snoop Doggt is a national treasure. He’s been a fixture of the music industry for decades and long ago transcended his role of ‘rapper’ to become a cultural icon.

If you’ve ever been to Great Britain or Australia and were fortunate enough to flip on the TV and see the program Gogglebox then you already know that it’s one of the greatest shows ever created. The premise of the show sounds weird and boring but it’s truly some of the best TV watching imaginable. The show follows like 10+ households (it could be 30+ for all I know) and the cameras film these people watching TV and reacting to the biggest monthly TV.

Sometimes it’s an adorable elderly British couple, other times is a young group of friends, etc. An example of a typical Gogglebox scene would be these people watching the Game of Thrones finale and the cameras capturing their ‘HOLY SHIT’ reactions to all of the drama.

We are occasionally treated to clips of Snoop Dogg narrating TV like this play-by-play of the Los Angeles Kings, or the times he’s narrated the Planet Earth series. This is the closest thing we have to Gogglebox, Snoop Dogg watching things, and we need A LOT more of it.

There are some MAJOR Game of Thrones SPOILERS here if you aren’t caught up on the show and haven’t watched the finale so be prepared for that. If you have watched the finale then you’re totally fine and you’ll get to enjoy Snoop’s priceless reaction to the finale’s most pivotal scene.

Snoop was late to watching the finale but his reaction was still perfect:

“Burn his motherfucking ass!“. “Son of a fucking’ bitch.” “I know I’m late, I don’t give a fuck,” “I just got back home and I’m watching this fuckin’ Game Of Thrones. This shit piss me off.” We NEED Snoop Dogg on TV reacting to things. The American TV audience deserves this.

In all seriousness, what in the actual fuck was that reaction from Drogon?!?!?!? It made for some cool TV watching to see him melt the Iron Throne and it was interesting going forward that the throne didn’t exist but why did the dragon sit back and do jack shit to Jon Snow?

Think of another domesticated animal, let’s use the dog for instance, and a powerful one because we’re comparing it to a dragon. Do you think if a Bull Mastiff watched its owner attacked by another person it would sit back and do nothing? That it would react by peeing on that person’s car and then running away? No, it’s protective instincts would kick in and it would defend the master. Drogon didn’t do shit and it makes no sense.

By the way, you can find plenty of ‘Best Of Gogglebox’ videos on YouTube if you’re interested in seeing what it’s all about. I’ll say that the compilations are good but the episodes really need to be watched in their entirety in order to be fully appreciated.