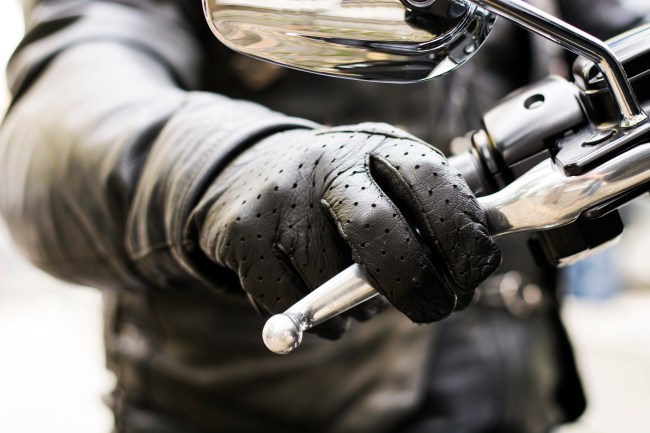 We live in an unpredictably inconsistent world.

A person can literally die from eating one peanut, while another can escape a gnarly 120 mph motorcycle crash with not only her life, but her limbs, her brain, and all her motor functions.

That woman, who had to be a leper in a previous life, goes by the name of Angelina.

The Russian rider, known as the Sochi Speeder, gassed her Kawasaki ZX-6R up to 120 mph in the streets of western Russia when she lost control of her bike and ‘jumped’ off before it careened into the guardrail, a move that inarguably saved her life.

The entire scene was captured by her GoPro helmet camera. It is palm sweat-inducing.

The video shows several people rush to help her following the insane crash.

‘All my body hurts… Please, ambulance,’ she says as they approach.

Witnesses are heard saying: ‘Don’t touch her… Please, lie, do not move. She will survive. How are you?’

‘Calm down, breathe. Do not remove anything. Leave your helmet. Do not move, lie as you are.’

‘I had a speed wobble, the bike was shaking.’

‘We saw. Lie there, don’t move…’ [transcribed by Daily Mail]

By some grace of God, Angelina escaped the crash with just scratches and bruises on her leg and butt. Not one bone was broken.

In the aftermath, the Sochi Speeder announced on her Instagram:

‘I got into horrible crash….

‘There were almost no chances to survive in this crash, but I was very lucky…

‘No fractures, but all in lacerations…’

Angelina claims she was ‘sewn up’ but ‘cannot move’ though she ‘did not stay in hospital.’