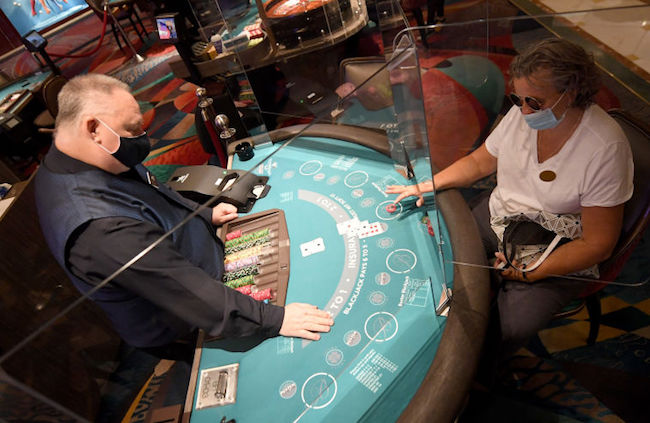 Over the past few years, I’ve come across a number of people who insist that we’re currently living in an America whose citizens are more divided than they’ve ever been, which would be a pretty valid claim if it wasn’t for that whole “Civil War” thing.

With that said, there’s no denying we live in increasingly hyperpoliticized times where the aisle that has traditionally separated people on opposing sides of the political spectrum has transformed into an ever-widening abyss.

Anyone who thinks fierce partisanship is a new phenomenon is obviously unfamiliar with the history of the United States but it’s gradually been turned up to 11 over the past decade or so, which has resulted in a bizarre reality where many people tend to oppose something for no other reason than the fact that those with opposite ideologies have thrown their support behind it.

As a result, there are issues that have absolutely no business becoming political that still manage to become incredibly contentious topics of debate and I can’t think of an example that does a better job highlighting this phenomenon than people who refuse to wear a mask in the middle of a pandemic caused by an airborne disease.

It’s absolutely unreal how many people have decided that rebelling against a measure that can prevent them from dying (and causing other people to die) is the hill they want to die on. Hearing noted asshat Aubrey Huff refuses to wear one because he believes it’s a violation of some constitutional right he’s declined to specify was the least surprising news in the world but he’s just one of far too many people who can’t be bothered to take two fucking seconds to cover their face and deal with some minor discomfort while out in public to prove some sort of point that’s absolutely lost on me.

One of the biggest “canary in the coalmine” moments to occur when COVID-19 began to spread across the country was hearing the biggest casinos in Las Vegas had made the decision to close their doors, where they remained shut before reopening earlier this month with a number of safety measures in place—aside from requiring guests to wear masks, which basically none of them did.

Our famous swim up blackjack is back at Fortuna Pool for guests 21+ only! #LikeACaesar #VegasAgain 😎 pic.twitter.com/yYaGhk6BFq

Wow! @theDlasvegas maybe follow the guidelines by the gaming commission! We don’t need to end up back in quarantine. If you aren’t going to enforce occupancy or social distancing at least require guests to wear masks to protect your employees Las Vegas

Las Vegas is back, sans any masks or social distancing. The odds aren't looking good, you can bet your life on it. pic.twitter.com/LPUd31LN5j

There was at least one guest who made an effort, and while the execution may have left something to be desired, I can’t knock him for at least making an attempt.

I’ve never actually been to Las Vegas but I’ve seen almost every episode of the Josh Duhamel vehicle of the same name, and as a result, I like to think I know a fair amount about the inner workings of a typical casino and how they exploit the lizard brain of the average gambler with the help of flashing lights, a mind-numbing cacophony of sounds, and—most importantly—free shit.

People will spend more time than they should at the tables or slots to score a complimentary drink while hoping they’ll be compensated for the losses with a coupon to the buffet or a room upgrade, and now, a few casinos in Vegas are wagering they can also use some freebies to get people to hop aboard the mask train.

According to USA Today, Caesars Entertainment has instituted a new incentive at five of the properties it operates on The Strip (Caesars Palace, Paris, Flamingo, The Linq, and Harrah’s), where gamblers taking the proper precautionary measure can receive a $20 gaming credit from employees roaming the floor in search of masked patrons.

The promotion kicked off over the weekend and a representative said they distributed $7,500 worth of vouchers to 375 guests when everything was said and done. You do have to be a Caesars Rewards member to be eligible, but if you can do the work required to join that club, you should be more than capable of exerting the time and effort it takes to put on a mask in the first place.