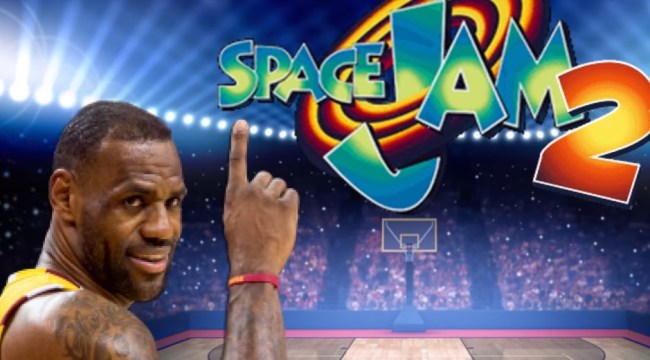 Space Jam 2 is officially happening! LeBron James will take over for Michael Jordan and for the first time, LeBron will have a decent supporting cast with Bugs Bunny, Bill Murray, Newman from Seinfeld, Daffy Duck, Porky Pig, Foghorn Leghorn, Lola Bunny, Elmer Fudd, Yosemite Sam, Tweety, and Sylvester. Behind-the-scenes of the upcoming Warner Bros. basketball movie, LeBron will also get some all-stars to back him up.

The Space Jam sequel will be produced by director Ryan Coogler, who helmed Black Panther, Creed, and Fruitvale Station. “I loved his vision,” James said of Coogler. “For Ryan to be able to bring that to kids, it’s amazing.” Coogler’s Black Panther grossed a whopping $1.34 billion worldwide.

Space Jam 2 will be directed by Terence Nance, who directed Random Acts of Flyness, An Oversimplification of Her Beauty, and They Charge for the Sun.

LeBron and his business manager Maverick Carter have been in talks for Space Jam 2 for over five years. “The Space Jam collaboration is so much more than just me and the Looney Tunes getting together and doing this movie,” James told The Hollywood Reporter. “It’s so much bigger. I’d just love for kids to understand how empowered they can feel and how empowered they can be if they don’t just give up on their dreams. And I think Ryan did that for a lot of people.”

This will be LeBron’s first lead role in a movie and may have had something to do with James joining the Los Angeles Lakers. He played himself as a supporting character in the Amy Schumer rom-com Trainwreck. This will certainly trigger another debate on who’s better: LeBron or MJ? Space Jam 2 film is scheduled to begin production in the 2019 NBA offseason.

The original 1996 Space Jam starred His Airness as well as Charles Barkley, Patrick Ewing, Tyrone Bogues, Shawn Bradley, and Larry Johnson battling the Monstars. Which current NBA players are you hoping for in the Space Jam sequel? And does the Space Jam 2 soundtrack have a chance of being half as good as the original soundtrack?