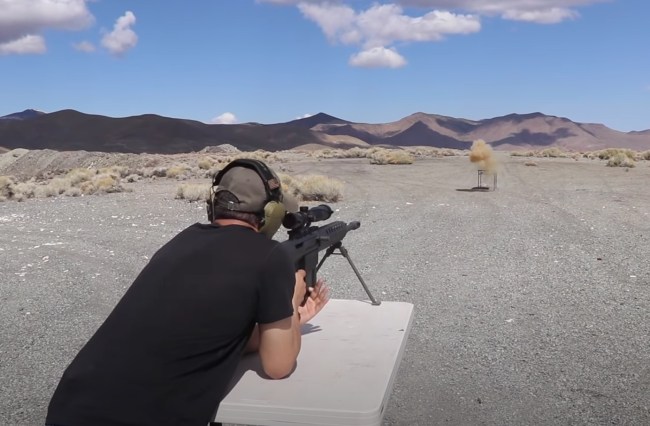 Is space shuttle aluminum bulletproof? That’s the question that YouTuber Edwin Sarkissian set out to answer.

I’d say I know the bare minimum about metal alloys and which ones are strong and durable. I could talk to you about which steels you’d want to look for in a pocket knife or other tools but beyond that I’m pretty much useless. So I went into this pretty blind but my hunch was the space shuttle aluminum would be blown to pieces and I was surprised by what happened.

This space shuttle aluminum is ‘7075 aluminum alloy’ (AA7075), an aluminum alloy ‘with zinc as the primary alloying element’. I think it’s pretty obvious that this is a remarkable metal alloy if it’s being used on the space shuttle but the video describes it as having ‘excellent mechanical properties, and exhibits good ductility, high strength, toughness and good resistance to fatigue.’ My interest is piqued.

Edwin is the proud owner of a wide array of guns from pistols on up to powerful rifles and he has an impressive amount of ammunition for those weapons so he was able to test whether or not the space shuttle aluminum is bulletproof by firing pretty much everything under the sun at it. I didn’t expect the aluminum to stop a single shot but it holds up surprisingly well.

I fully expected that armor-piercing round at the end to blow straight through the two sheets of aluminum and I’m still a bit shocked that it stayed lodged in the second sheet. That shot sent up a huge plume of black smoke and I’d love to see that in slow motion at some point to know more about what was going on there.

If you enjoyed that clip above then you’ll likely really dig this one. Here he tests an M67 Frag Grenade against a bomb suit to see just how well bomb suits actually hold up against explosive devices and if they do anything whatsoever to protect the person inside of the suit.

The suit never stood a chance.