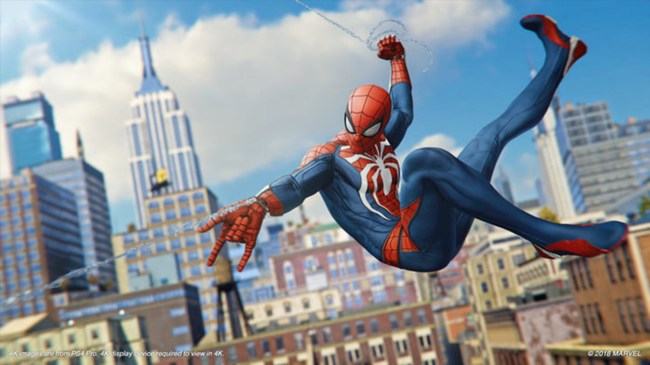 After teetering back and forth between excitement and skepticism, I’m now fully the Captain of the now full-steam ahead Hype Train for Marvel’s Avengers, the upcoming and long-awaited narrative-based, action-adventure game. After 12 years of the Marvel Cinematic Universe, we’re finally getting a proper video game.

Initially scheduled be released in mid-May, Marvel’s Avengers is now finally set to arrive in September for the PlayStation 4 and Xbox One (don’t worry, it’ll come with a free code that will allow you to have the game on the upcoming next-gen consoles).

Despite the presence of many familiar faces — such as Captain America, Iron Man, Hulk, Black Widow, and Ms. Marvel — one of the Mount Rushmore Marvel Comics heroes is notably absent: the friendly neighborhood Spider-Man.

Not teased in any of the trailers or promotional material, everyone’s favorite web-slinging, wall-crawling New Yorker doesn’t appear to be a part of the upcoming game. Or will he?

Because the internet is the internet, eagle-eyed fans have noticed a Spider-Man easter egg in the recent story trailer (that revealed MODOK as the main villain) that definitely confirms that Spidey, at the very least, exists in the video game’s universe.

It’s certainly complicated, as the recent Spider-Man game released for PlayStation was developed by a different studio, Insomniac Games (this upcoming Avengers game was made by Square Enix). That said, given the general power of Marvel/Disney these days, it wouldn’t surprise me if the company figured out a way to work the character into both franchises, similar to how they’re sharing Tom Holland’s Spider-Man with Sony.