Is ‘No Way Home’ Spider-Man’s Multiversal Goodbye To The MCU? 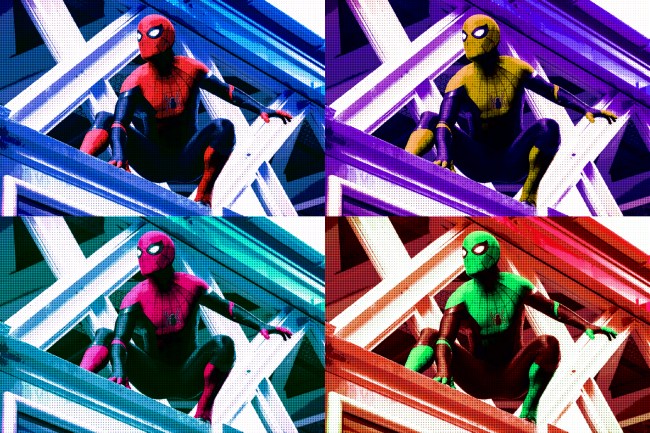 After months of rampant speculation from fans and industry insiders alike, Marvel Studios and Sony finally and officially announced the title of the upcoming third Tom Hollard-starring Spidey film: Spider-Man: No Way Home.

Continuing the “Home” theme that we’ve seen in the first two web-slinging collaborations between Marvel and Sony, the reveal of No Way Home actually raises more questions than it answers, particularly when it comes to Holland’s iteration of Peter Parker and where the future of that beloved portrayal character ultimately lies.

Back in 2019, when Sony and Marvel struck a new deal to share the Spider-Man character, it was reported that the contract included just two more films: the third Spider-Man film, which we now know is titled No Way Home, and another project that many expected to be a team-up of sorts, whether that be a new Avengers film or otherwise. However, that no longer appears to be the case, as Holland himself has recently indicated that — while he’d be more than willing to run it back — his contract with Marvel Studios expires after No Way Home.

But with the boatloads of money to be made in a joint Marvel-Sony partnership (Spider-Man: Far From Home is literally Sony’s highest-grossing film of all-time at $1.1 billion), could Sony really pull the plug *now*, especially considering how disastrous their previous solo Spidery venture was? That question becomes even more complicated when taking into account that Holland indicates the two studios have already mapped our Spider-Man’s cinematic future.

RELATED: The Internet Is Flooded With Hilarious Fake Titles For ‘Spider-Man 3’

“The way I understand it is that agreement between the two studios has already happened,” Holland told Collider. “I don’t think that they’re going to run into the same troubles that they did as we were going into Spider-Man: Far From Home. I think the two studios have worked that out, and I don’t think that that will be a problem in the future. That said, I’m just the actor and I was a part of a few phone calls during that process, but I think they love working with each other, I think they found a way in which it can be beneficial for both studios, and I’m just kind of like a kid in the middle of it, between two parents during an argument.”

Given the title of the upcoming third film, my guess is that Spider-Man will ultimately find himself “stuck” in Sony’s Universe of Marvel Characters, unable to make his “way home” to the traditional Marvel Cinematic Universe. Should the two Hollywood powerhouses be able to broker a new deal, the subsequent film will likely feature Spidey making his way back. Otherwise, it appears Sony’s world is where he’ll now call home.

Still, the fact that Sony — given everything they’ve been through in the last decade — doesn’t recognize that a bird in the hand is always worth two in the bush raises doubts about their intentions for the character, as if they’re reneging on putting forth the best product possible in exchange for making as much money as they can. What else is new?

What they’ve got going with Marvel Studios works right now, if Holland does ultimately revert strictly to Sony, they’ll be, correctly or not, villainized for it, potentially finding themselves in the situation where hardcore Marvel fans are boycotting the franchise simply out of spite. No offense to Tom Hardy’s Venom and Jared Leto’s Morbius, but sharing scenes with them ain’t exactly the same trading quips with Benedict Cumberbatch’s Doctor Strange of Chris Pratt’s Star-Lord. What happens if Morbius bombs, both critically and financially? The task of pitching consumers on keeping Holland’s friendly neighborhood Spider-Man locked in their Sony world becomes instantly and all the more difficult.

The release of Spider-Man: No Way Home is still essentially a year away, leaving the two studios plenty of time to, once again, cut a new deal. But given the comments from all parties involved thus far, it’s clear that No Way Home is being designed as an off-ramp for Holland’s wall-crawler in the Marvel Cinematic Universe.