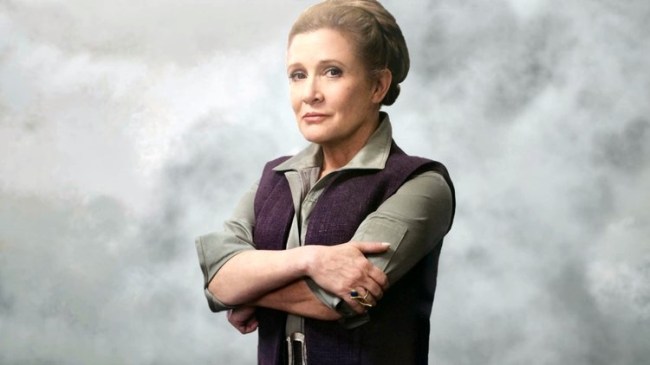 Fisher died on December 23, 2016, after suffering cardiac arrest on a flight from London to Los Angeles. Toxicology reports said the 60-year-old actress had cocaine, methadone, MDMA, alcohol, and opiates in her system when she was rushed to Ronald Reagan UCLA Hospital. So how will Star Wars include Fisher in the upcoming movie without her being alive?

JJ Abrams released a statement addressing how the next chapter of Star Wars will include the deceased actress. “We desperately loved Carrie Fisher,” Abrams said. “Finding a truly satisfying conclusion to the Skywalker saga without her eluded us. We were never going to recast, or use a CG character. With the support and blessing from her daughter, Billie, we have found a way to honor Carrie’s legacy and role as Leia in Episode IX by using unseen footage we shot together in Episode VII. But how did General Leia Organa survive being hit by the blast of two TIE proton-torpedoes and the vacuum of space?

Production for Star Wars Episode IX will start next Wednesday, August 1st, and has a release date of December 20, 2019.