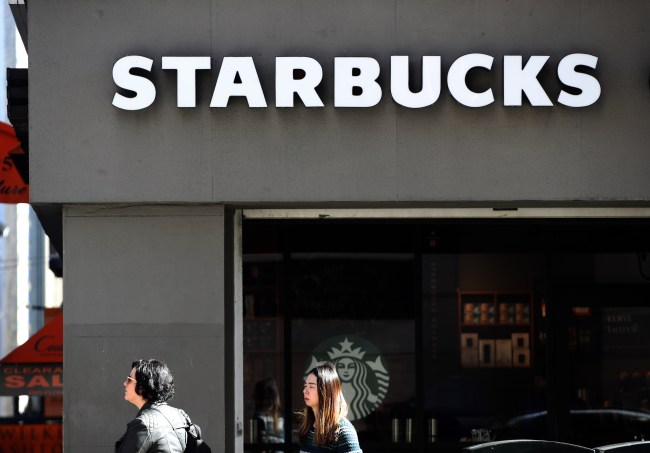 Game of Thrones, one of the most scrutinized shows in television history, had a hilarious and very noticeable gaffe during last night’s episode when a modern-day coffee cup randomly appeared on Dany’s table.

Even Starbucks dropped a joke on Twitter about the unintentional product placement.

Game Of Thrones art direct Hauke Richter spoke to TMZ about the gaffe and admitted that it was a modern coffee cup but it wasn’t from Starbucks.

Hauke Richter, ‘GoT’ Art Director for the past 5 seasons, tells TMZ … the notorious cup is NOT from Starbucks, but rather a local coffee shop in Banbridge, Northern Ireland near where they filmed.

Richter says despite the hoopla and theories about the cup, he’s certain it was just an accident. He says similar mistakes — like Vikings or Indians wearing wristwatches — happen on TV and in movies all the time … they’re just not as high-profile as ‘Thrones.’

He adds … “We are usually so diligent that this does not happen. The shoot was very hard and demanding and it is likely that after a very tiring ep 3 shoot, this was simply overlooked by an exhausted crew.”

Even though the cup wasn’t from Starbucks the company earned a ton of free publicity throughout the day. According to Apex Marketing, Starbucks received more than $11 million worth in free marketing due to the misplaced cup on GoT.

Eric Smallwood, president Apex Marketing Group, Inc., who specialize in advertising and branding services, valued the misplaced cup at more than $11.6 million as of 10:30 a.m. EST after factoring in the TV and radio coverage, digital news coverage, as well as social-media chatter.

Indeed, a Twitter spokeswoman told MarketWatch that Starbucks tweets were up 10 times their average hourly tweets on Monday morning. “There have been more than 310,000 tweets today, and I’d say on an average normal day there are usually less than 100,000 tweets,” she said.

And these impressions will only continue to grow. “We are not even through the morning on the West Coast,” added Smallwood. “We haven’t even had TV, or the late night show coverage (yet).”

I’m sure plenty of PR people at Starbucks are celebrating today.