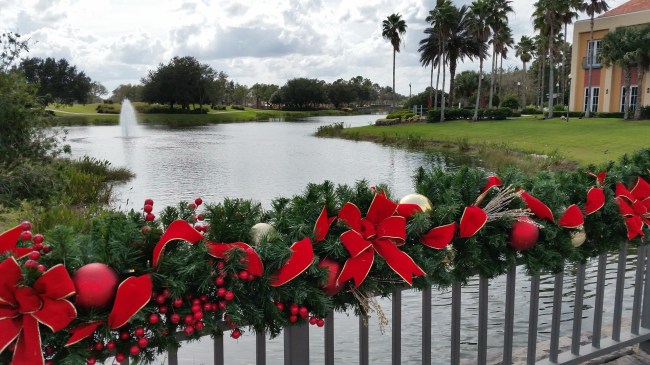 A new study of Christmas trends this year has come back with findings that Florida ranks dead last in Christmas spirit for 2020, dropping three spots from the 47th spot in 2019. At the opposite end of the spectrum, the state of Utah ranks #1 this year for having the most Christmas spirit of any state in America.

The study looked at various trends to rank each state. They tracked online trends as well as regional culture and weighted each factor differently. The breakdown of contributing factors to overall ‘Christmas Spirit’ is:

Overall, the findings seem a bit off to me but it’s a weird year. A lot of people have moved around. Places that would normally be packed with shoppers (NYC, LA, Chicago, etc) aren’t welcoming tens of millions of tourists this season. So the ‘Christmas music streams’ seems like an unreliable stat to me this year without all of the packed retail establishments pumping in the music 24/7.

Likewise, ‘Online Shopping’ seems like an unreliable metric when every state has different restrictions right now. Florida is the Wild Wild West. We don’t have any restrictions at all right now other than masks in schools. That’s it. No restrictions on restaurants, sporting events, crowd sizes, traveling, nothing. So a lot of people (I assume?) are shopping in stores instead of online. I’m personally shopping online but anytime I’m around town every parking lot is packed. Anyway, here’s what the rest of the list looks like from GetCenturyLink: 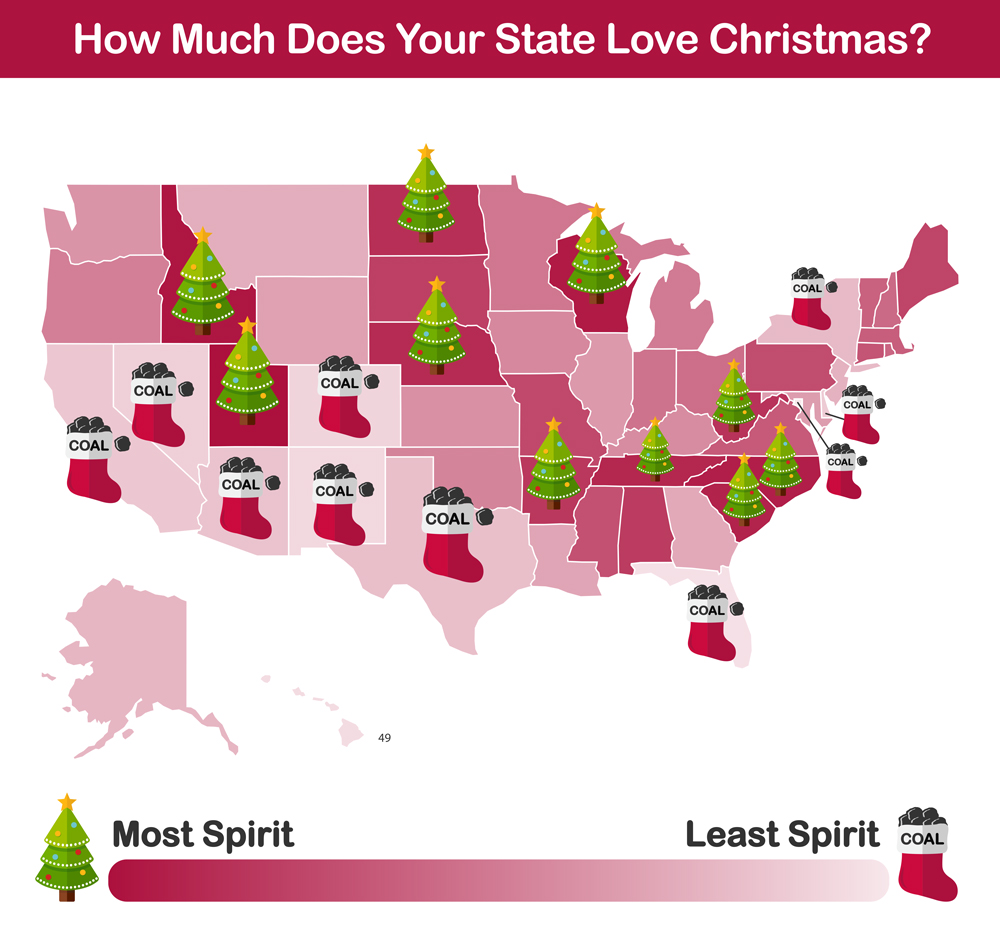 Here’s a list of the ‘Interesting Finds’ from GetCenturyLink:

* Utah, Idaho, and Wisconsin are all tied with the most holiday cheer. Utah claimed spots in the top ten rankings for the following categories: Christmas movies, gingerbread houses, Christmas music, and charitable giving.

* Last year, Utah ranked as the most charitable state, but this year, Arkansas reigned supreme. In 2020, Arkansans have already contributed 3.44% of their total adjusted income to charities.

* Look, we’re not saying a state has to have a white winter for its locals to *fully* embrace the season, but nearly half of the states that ranked in the top ten for having the most Christmas spirit have snowy winters…

How TF does ‘number of Christmas tree farms’ contribute to Christmas spirit? Do they really think that Christmas trees will grow in West Texas and throughout the Southwest deserts? If you want to see where your state is ranked amongst all 50 you can click here to visit the GetCenturyLink report.