John C. Reilly Announces He’s In For A ‘Step Brothers’ Sequel And I’m Getting Sweaty 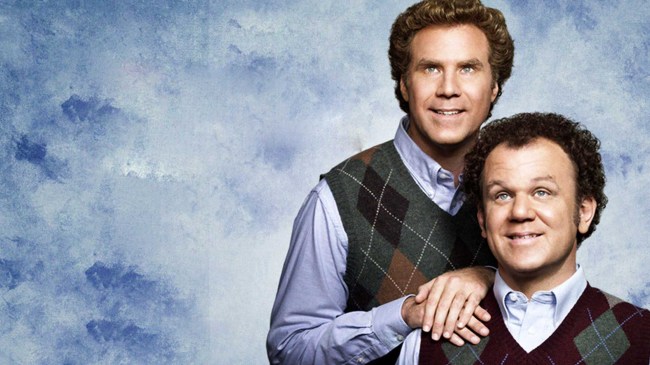 Step Brothers was released over ten years ago and has been a deep reservoir of childish jokes and quotable catchphrases. Despite the cult comedy classic making people sweaty with excitement and laughter for over a decade, there is no Step Brothers sequel… yet. But that could be changing in John C. Reilly has anything to do with it.

Reilly was on Good Morning America last week where he teased that he would love to become Dale Doback once again alongside his best friend Brennan Huff. When asked about returning for Step Brothers 2, Reilly said, “Yeah, it’s possible. It requires the cooperation of a few other people but I would love to do another one of those.”

Does anyone feel like a lightning bolt hit the tip of your penis?

A few months back, Will Ferrell said that he “talked a little bit about Step Brothers with director Adam McKay. Stay golden, pony boy.

So if Ferrell and Reilly want to do a Step Brothers II, what the heck are we waiting for?!?!?

The Step Brothers sequel could even play off of the original plot that involves a family trip to SeaWorld. Or they could just perform at another fucking Catalina wine mixer!

I swear to god if they don’t make a Step Brothers sequel it will make my existence seem like a fucking prison on Planet Bullshit in the galaxy of This Sucks Camel Dick! Can you please pass the fancy sauce?

RELATED: ‘Step Brothers’ Originally Had A SeaWorld Scene That Was So Funny That It Made Will Ferrell Cry Laughing