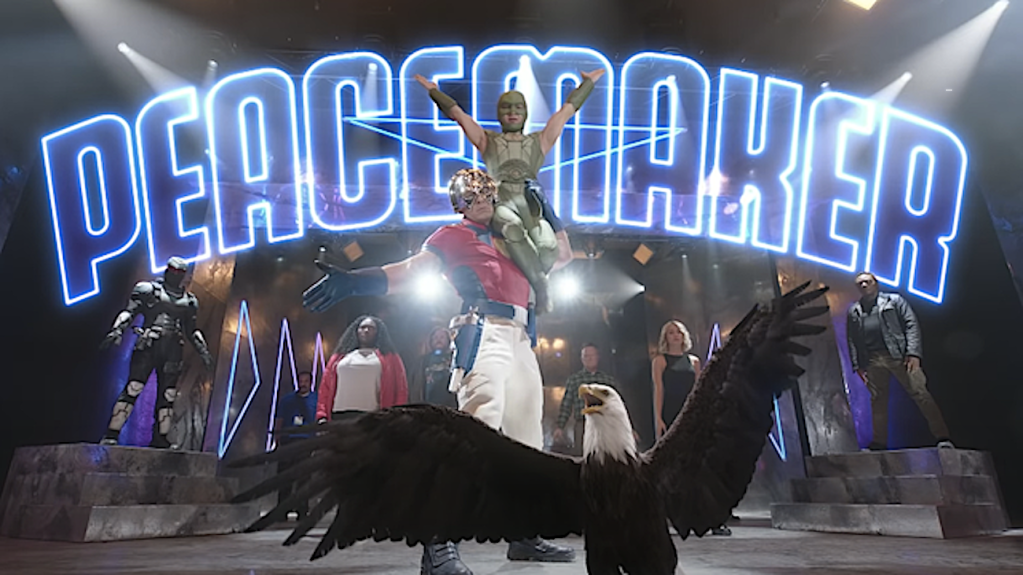 Moving on… James Gunn had a pretty massive weekend. The Peacemaker and Guardians of the Galaxy Director announced his engagement to actress Jennifer Holland who plays Emilia Harcourt in the DCU. The show also wrapped up with the season finale airing last Thursday and HBO Max announced Peacemaker is coming back for a second season. He also saw one of his jokes in a tweet from Arrow star Stephen Amell!

That last one might not be as exciting as the other talking points to some but it was pretty darn hilarious. Peacemaker is irreverent, raunchy, vulgar, and even borderline X-Rated at times. Arrow is a TV show on the CW that abides by different rules of what John Cena and his cast can get away with.

Case in point, this hilariously vulgar joke that John Cena’s character made about Stephen Amell’s character that had the Arrow star clapping back.

Here’s the joke from the show:

I have no idea if @StephenAmell watches #Peacemaker BUT…would genuinely love to hear what he thinks of the #DCEU’s first name drop of #GreenArrow. #Arrow pic.twitter.com/mITQE7eINq

Stephen doesn’t watch the show, allegedly. We know some of the other DCU characters are in on it due to some unexpected cameos. But Stephen Amell took the opportunity to clap back at WWE legend John Cena for the joke about Bronies.

If you’re not familiar with Stephen Amell’s wrestling background, he first appeared with the WWE back in 2015 on Raw in May. It was received so well by hands that Amell came back to the pay-per-view SummerSlam in a tag team match (which he won). That SummerSlam moment was good enough to earn Amell a 2015 ‘Slammy’ award for “Celebrity Moment of the Year.”

John Cena is a major celebrity yes he’s never won the ‘Slammy’ award for “Celebrity Moment of the Year” like The Arrow and Rob Gronkowski. After WWE, Stephen Amell has appeared in matches for Ring Of Honor (2017), All In (2018), and All Elite Wrestling (2020). So all things considered, it’s a pretty good clap back for a guy who just got dragged into a vulgar Peacemaker joke.

John Cena is also a “character” inside the wrestling universe. So he attacked another character that he plays in a different universe so to speak. He didn’t attack John Himself.

CANON lmao (Fun fact: The one that introduced Green Arrow to the DCEU canon is Adrian Chase) pic.twitter.com/Yv5IFHCu7i

— Matt Murdock was in No Way Home enjoyer (@CapSparklFingrs) February 18, 2022

There’s only one way to settle this: cage match.

While this is nothing more than a joke on Twitter this also 100% needs to happen because it would be hilarious and fans would go nuts for it.

Amell vs Cena at wrestlemania confirmed.

The fans need to start a grassroots campaign to make Cena vs. Amell at Wrestlemania happen. It would be epic.