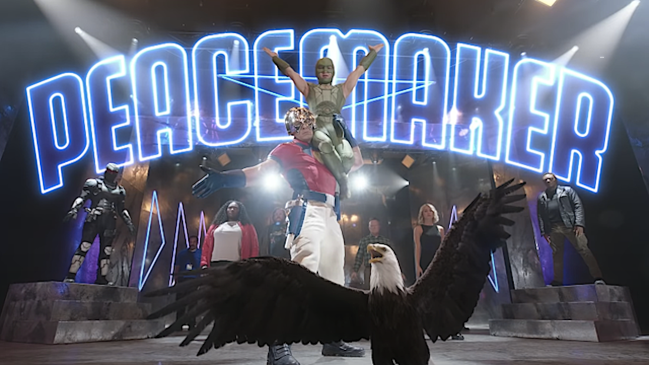 Editor’s Note: This article will contain spoilers for the Season 1 finale of HBO Max’s Peacemaker.

The DCEU has taken another step in the right direction in recent months thanks to HBO Max’s Peacemaker, James Gunn’s gloriously bizarre series about John Cena’s titular anti-hero.

That said, while fans have been hailing the series for its gonzo nature, it did come equipped with some usual cinematic universe trappings as the season one finale, “It’s Cow or Never”, featured cameos from some of the franchise’s heavy hitters: Jason Moma’s Aquaman, Ezra Miller’s Flash, and the silhouettes of Henry Cavill’s Superman and Gal Gadot’s Wonder Woman.

Given that some of the DCEU’s biggest characters popped up in the finale of Peacemaker, it begs the question of what this all means for the future of the franchise. And the answer, in fact, is quite simple: absolutely nothing!

While I, too, enjoyed Peacemaker quite a bit, its inclusion of Superman, Wonder Woman, Aquaman, and The Flash was the lowest common denominator form of cameos, a moment designed to simply make you say to yourself, “Hey, I recognize those guys! Cool!” And honestly, that’s okay: not every cameo needs to have the implications of, let’s say, Patrick Stewart’s Professor X appearing in Doctor Strange in the Multiverse of Madness.

This does, however, open the door to some intriguing possibilities for season two of the show as it’s now established that Peacemaker does — despite his constant jokes about them — have a relationship with the Justice League, which could lead to more substantial and consequential appearances from the team down the road.