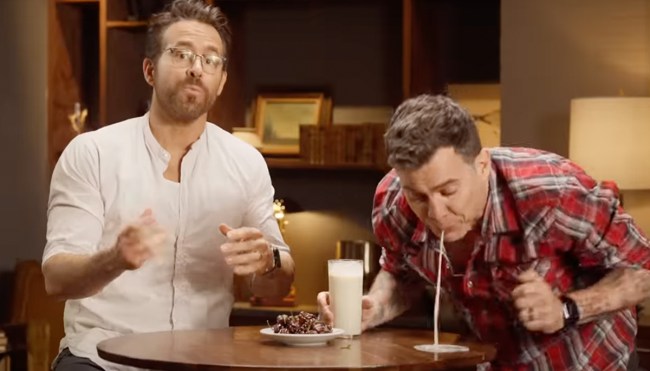 Ryan Reynolds has been on an absolute heater since Deadpool allowed him to successfully exorcise the superhero movie demons that had haunted him since the release of Green Lantern, and the actor has taken full advantage of the shot at redemption he received since kicking off the second chapter of his career in 2016.

The Merc with a Mouth was the perfect role for someone who was best known for playing snarky characters who always have a witty one-liner in the chamber, and those roles are a pretty natural fit for a guy who seems to be almost as funny and charming in real life.

I know I’m far from the only person who would be absolutely devastated to learn Reynolds is actually hiding some dark secret capable of tarnishing the public persona he’s been able to construct in recent years; after all, we’re not only talking about the rare celebrity who seems like a genuinely good person but someone who’s routinely done the seemingly impossible: making shameless advertising downright palatable.

Reynolds has previously flexed his marketing muscles by giving the actress from an infamous Peloton commercial her own shot at redemption in a spot for Aviation Gin and poked fun at one of his largely forgotten roles by making the movie the centerpiece of a campaign for a mobile carrier.

Now, he’s knocked yet another promo out of the park with the help of Steve-O, who he recruited to help him plug his MNTN marketing platform—a task that was made slightly more difficult by the Carolina Reaper pepper the Jackass! star wolfed down before reading his lines.

The fact that this made Steve-O—a man who willingly subjected himself to a hot sauce enema for a stunt that was ultimately cut from Jackass Forever—utter the words “I’ve never had an experience like that” should give you some insight into how pleasant the ordeal was.

However, he was still able to nail his lines and prove once again he is a consummate professional.