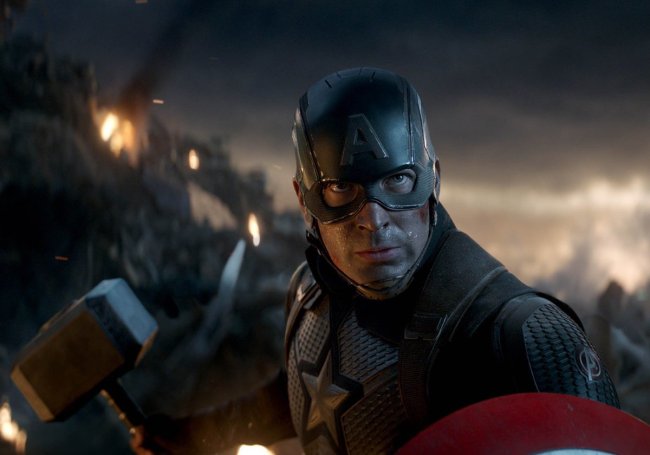 Just mere hours after the season finale of The Falcon and the Winter Soldier hit Disney+, news broke that series showrunner Malcolm Spellman was developing a fourth Captain America film for Marvel Studios.

In the exclusive report from The Hollywood Reporter, it’s noted that the rumored return of Chris Evans’ Steve Rogers would take place in a separate project.

The head writer and show creator behind Disney+ and Marvel’s The Falcon and the Winter Soldier is developing a fourth installment of the Captain America film franchise for Marvel Studios. Spellman will co-write the script with Dalan Musson, a staff writer on Falcon and the Winter Soldier. No castings for the project are officially known but Friday’s episode offers plenty of roads for the feature to take. [via The Hollywood Reporter]

Now, while Evans’ return to the Marvel Cinematic Universe was first reported by Deadline back in January, the actor himself took to Twitter to dispel the rumors saying that it was “news to him”:

With reports indicating that a potential Rogers return could take place outside of Captain America 4, fans will begin speculating that the character could pop back up as the alternate-universe version of himself, Hydra Cap.

As we know — thanks to projects like WandaVision, Spider-Man: No Way Home, and Doctor Strange In the Multiverse of Madness — the Marvel Cinematic Universe is about to blow the multiverse wide-open, thus allowing for alternate universe tales with fringe characters such as Hydra Supreme.

All that said, the multiverse may not even be necessary as Steve Rogers is still technically alive in the main universe timeline — he’s just in the past. Time travel has already been used in the MCU, and will probably be explored further in Ant-Man and the Wasp: Quantumania. One of the many upcoming Marvel projects could easily pop into the 1960s to check in with suburban Steve Rogers.