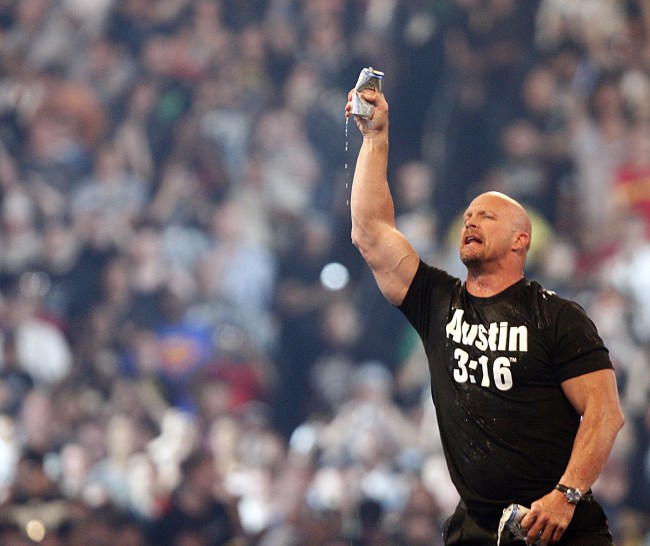 First Jersey Shore’s J-Woww and Roger, then Ariana Grande and Pete Davidson, the Ryan Cabrera and that chick from The Hills, and now ‘Stone Cold’ Steve Austin and Beer. I guess Tina Turner was right when she posed the question, ‘What is love, but a second-hand emotion?’ Sage question, Tina.

The 53-year-old wrestling legend revealed on The Steve Austin Show podcast that he is two weeks stone cold sober, giving up one of his favorite things for his new health regiment.

“My eating program is going fantastic. [I’m] sticking to my exact macros. [I’ve had] zero alcohol for right at 14 days now,” he said.

“Pounds are coming off. My strength is going up. Jesus Christ, I’m getting as strong as a goddamn horse over here.”

Want to feel even sadder? Austin has traded in drinking for Diamond Dallas Page’s yoga program, which would be cool IF YOU’RE GODDAMN SHAWN MICHAELS.

“No alcohol, and when you hit the weights on a consistent basis and eat what you’re supposed to, it is amazing the difference that you can make or I’m making,” he said.

“I’m also doing my DDP Yoga s–t. Hell, I’m going to jump up here and do the splits like a goddamn cheerleader in a minute! I’m flexible as a motherf—-r. Dallas’ program works like a b—h. I appreciate it, Dallas. I appreciate it, man. That’s a badass program. I’m sticking to it.”

Goddamn. It seems like Austin is really turning a page, so lets look back on Stone Cold’s robust relationship with beer over the years.

Hold on, play this song while you reminisce.

Never forget when Stone Cold splurged on front row seats for Beer and her entire family at a sold-out Wrestlemania. Power moves only.

But for real, Austin’s had more threesomes than Johnny Sins. If you don’t know who Johnny Sins is, ask your girlfriend.

Pictured: The leader of the Free World and Donald Trump. 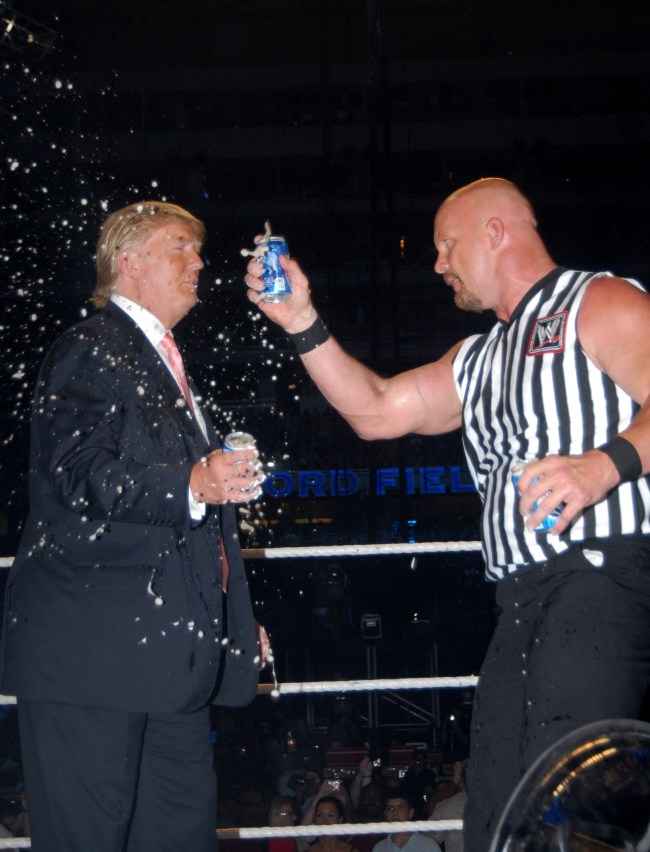 It take a real man to show affection to his lady in front of 30,000 testosterone-filled fans. What an innovator.

I respect Stone Cold for making a “healthy” choice for himself, but it remains to be seen how one of the most famous beer drinkers of all-time pouring out his entire fridge will affect future generations. Kind of disappointed Stone Cold wasn’t willing to die on that hill. For the kids.