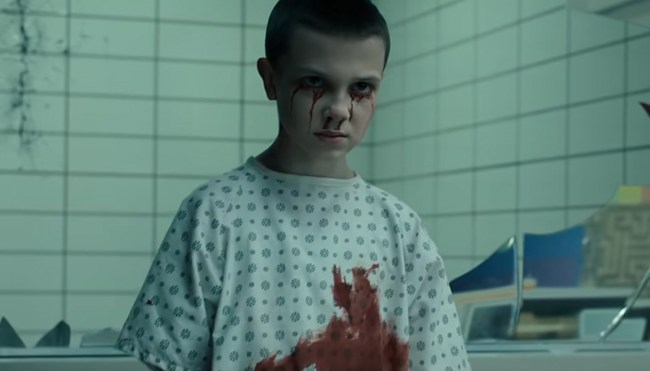 If you’ve been paying attention to the news over the past month or so, then you probably know Netflix has hit a bit of a rough patch.

In April, the content giant saw its stock plummet after it revealed it lost subscribers for the first time in a decade after spending tens of billions of dollars on the original shows and movies it now primarily relies on to draw in viewers.

However, the noticeable drop in the quality of its library has made it harder to difficult to retain them thanks to the wildly competitively state of an increasingly saturated streaming landscape, and the plans it’s unveiled in the hopes of increasing revenue amidst multiple rounds of layoff stand the risk of alienating its users even more.

With that said, there is one tiny bright spot on the horizon, as it’s safe to assume Netflix is hoping to get some good news when the fourth season of Stranger Things debuts on the platform on May 27th.

The actor who portrays Steve Harrington has asserted the season is the scariest Stranger Things has had to offer, and the Duffer Brothers (the creative duo behind the smash hit) have claimed the newest installment in the series is the best one yet. Of course, they obviously have a bit of an ulterior motive when it comes to generating excitement for what’s been officially dubbed Stranger Things 4, and we’ll have to wait until it premieres to see if it lives up to the hype.

However, it turns out a few details have already leaked courtesy of a fairly unlikely source, as some spoilers hit the internet thanks to a fan who discovered them by…buying a Monopoly game.

According to The Hollywood Reporter, Stranger Things has fallen victim to some good, old-fashioned synergy thanks to some images of the promotional item that started to circulate online last month after the fan reportedly found it sitting on a shelf at Target (if you want to ruin it for yourself, you can check out what’s been revealed here).

The outlet says the Duffers had what has been described as a “total meltdown” after learning about the development, and while it’s easy to understand their frustration, it’s also hard to imagine people aren’t going to tune in just because of what they found out thanks to a board game.