Question: Does A Straw Have One Hole Or Two? The Internet Can’t Agree And People Are Losing It 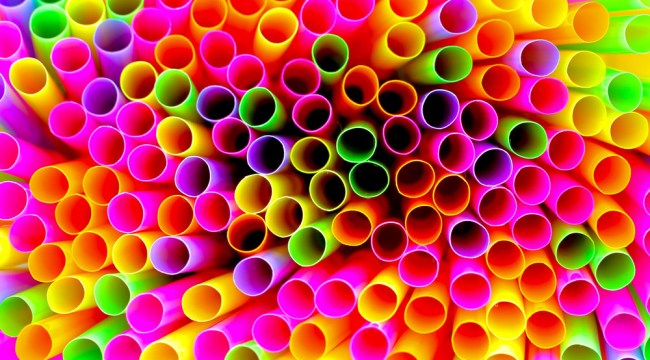 Someone on Twitter asked this very simple question, “Does a straw have one hole or two?” Naturally, because internet, people simply could not agree on the answer and things got tense.

your thread is chaos

this is why we can't have world peace

It all started when someone had a discussion while at lunch with their friends and she decided to take the topic to Twitter. Probably because she knew that there was absolutely no way people on Twitter would ever come to a consensus… on anything. Hell, we can’t even decide on whether or not we should be washing our jeans. How are we going to agree on a brain teaser like this?

So far over 91,000 people have voted and/or commented with their take on whether a straw has one hole or two. Here are some responses from the peanut gallery to think about before you take a side on this very important issue facing us today.

I FEEL LIKE. this question makes me question how to define a hole

because a hole is an opening contained within something right??? and the two ends of a straw isn't… a hole…. in something…… it just……. is??

this is going to bother me all day now

One hole if it's straight, two if it's bendy

straws have one hole. would you say a donut has 2 holes? no. a straw is just a long plastic donut. its not long enough to get away with having 2 holes. humans are long enough donuts to have 2 holes, humans even have several holes. straws are not human length

Those internet arguing about whether a straw has two holes or one, please note that it took mathematicians 98 years to figure out what a donut shape is — and the dude who solved it became a recluse, turned down $1M, and turned down the Fields Medal. So…

The straw is a small-manmade tunnel. There a hole to enter in, and a hole to exit.

If a hole led to no other point of egress, then its a pit, or a bag, etc.

THERE ARE TWO HOLES.

If you look at any plane perpendicular to the straw surface, cut a cross section, you have 1 hole. You can do that infinitely many times.

If you were to poke a hole in the middle, and blow water into it, you would be blowing water into one hole and it would be coming out of two holes, thus THREE HOLES, thus there are TWO HOLES ORIGINALLY!!!!

Voted, and then immediately disagreed with myself. Then I read comments and see both my arguments here lol lol 😂

Okay I asked my friend who works at god damn space X pic.twitter.com/b9kpSJrNlh

We had a riveting discussion about this at lunch, but I want to hear from all of you: Does a straw have one or two holes?

The dress is blue