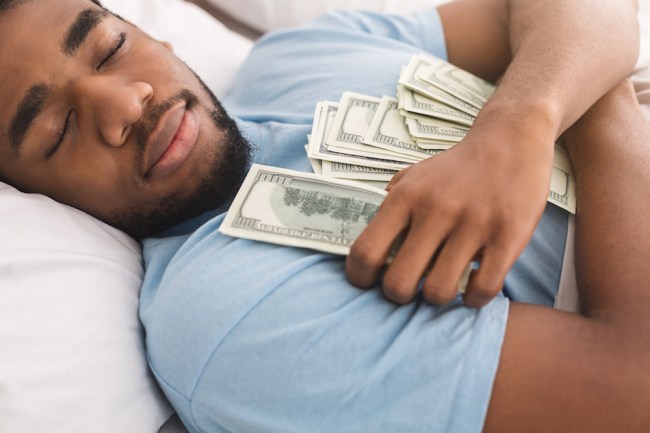 For the better part of two years, I listened to motivational speeches on YouTube every morning. The videos were a huge part of my morning routine.

Instead of turning on ESPN or a podcast or music, I’d sip coffee while Gary Vee, Tony Robbins, Jim Rohn, Les Brown, and others preached about doing more with a person’s life

One of the recurring themes that all motivational preachers hit on involves sleep.

Sleep only when you’re tired. Wake up early. Go to bed late. You’ll sleep when you’re dead. Crush it. Long story short – if you want to be successful, you’ve got to sacrifice some shut-eye.

According to a new study from the CDC, getting less sleep must only be a routine for entrepreneurs and poor people, because rich people are sleeping way longer.

The study concluded that the further away a person is from the poverty line, the more hours of sleep they got each night.

CNN spoke with a sleep physician at the American Sleep Association, Dr. Neil Kline, to find out why rich people sleep so damn much.

“People with more resources are able to afford homes that are in quieter locations — more space, less people-density and better sound-proofing,” Kline said, per CNN.

“People with more resources can also afford more healthcare when it relates to sleep disorders.” Not to mention, it stands to reason that the promise of financial security itself probably helps one sleep better at night.”

I’m no sleep professional but I spent about a year being slightly above the poverty line – or damn near close – so I’d like to add a few factors that cause poor folks to sleep fewer hours.

Back when I was listening to these motivational speeches, I was getting up at 4:30 am to work a delivery job for a bakery before starting my writing job at 10 am.

Poor people need second jobs, meaning less time to sleep, and those jobs are typically incredibly early in the morning or late at night after a full-time job.